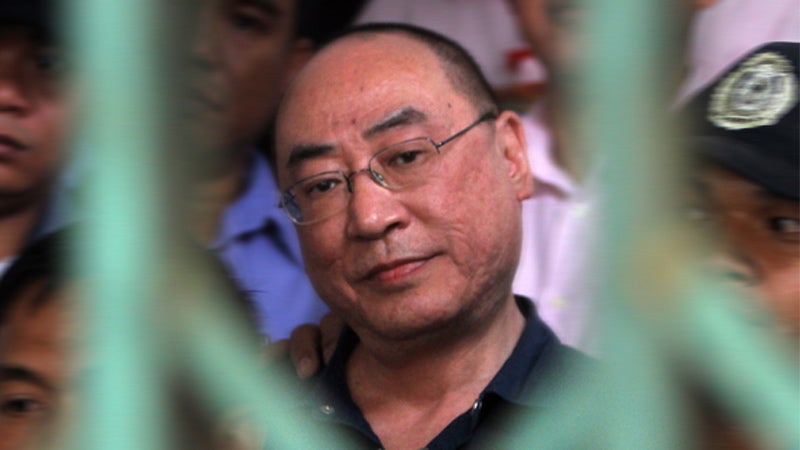 THE SUPREME Court ordered the dismissal on Tuesday of a trial court judge for stopping an investigation of a multibillion-peso housing scam involving Globe Asiatique president Delfin Lee.

Mislang in 2011 issued several orders that prevented the Department of Justice (DOJ) and the Home Development and Mutual Fund (HDMF) from conducting an investigation of Lee’s cases of syndicated estafa that constituted economic sabotage.

Lee and several others were involved in fraudulent housing loans worth billions, court filings showed.

The DOJ and HDMF said Mislang disregarded the rules on injunctive relief, exhibited gross ignorance of the law and showed partiality when he moved to stop the investigation of Lee.

The high tribunal ruled that “to have a successful implementation of the court’s relentless drive to purge the judiciary of morality unfit members, officials and personnel, a rigid set of rules of conduct must necessarily be imposed on judges.”

“The standard of integrity applied to them is—and should be—higher than that of the average person for it is their integrity that gives them the right to judge,” said the tribunal.

The court en banc based its decision on the recommendations of the Office of Court Administrator (OCA) that investigated Mislang.

The OCA found out that Mislang issued a writ of preliminary injunction and status quo order that both failed to satisfy the legal requisite for their issuance, in gross violation of established laws and procedures which are part of the duty of every judge.

“His persistent disregard of well-known elementary rules in favor of Lee clearly reflects his bad faith and partiality,” the OCA report said of Mislang.

The high court had earlier found Mislang guilty of gross ignorance of the law and ordered him to pay P20,000. He was also suspended for six months for similar offenses.