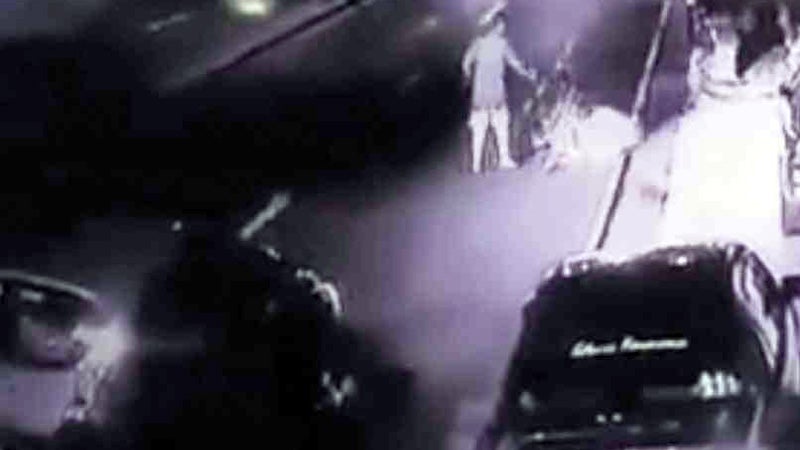 A SCREENSHOT of the footage taken by a CCTV camera shows the still unidentified driver of a red Hyundai Eon shooting cyclist Mark Vincent Garalde after a road altercation in Quiapo, Manila, on Monday night. SCREENGRAB FROM YOUTUBE

Updated @11:30 a.m., July 27, 2016, to remove a detail regarding the supposed conduction sticker of the vehicle involved.

A POLICE hunt has been launched for the driver of a red Hyundai Eon who shot dead a biker and wounded a teenage girl on Monday night.

The police identified the fatality as Mark Vincent Garalde and the injured as Rosell Bondoc, 18. Both were shot on P. Casal Street in Quiapo, Manila, following a road altercation between Garalde and the still unidentified male driver.

According to Senior Insp. Rommel Anicete, head of the Manila Police District’s homicide division, the footage taken by a closed-circuit camera television showed Garalde riding his bicycle when he was almost hit by the Hyundai Eon.

An argument broke out between the victim and the driver, leading to a fistfight that lasted for over two minutes.

At one point, the driver stopped throwing punches and got into his car as Garalde walked back to his bicycle.

The driver, however, suddenly alighted with a gun and shot Garalde in the head at close range. He fired several more times after the victim fell to the ground before getting back in his car and driving away.

The report said Garalde sustained five gunshot wounds while Bondoc, who was just passing by the area, was hit in the back by a stray bullet. She was taken to the hospital where she remained in critical condition.