Chamber of Mines:  All members complying with laws 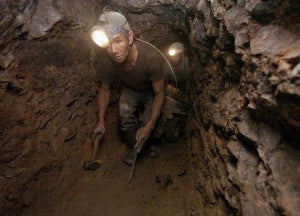 MANILA — The Chamber of Mines of the Philippines (COMP) expressed support for President Duterte’s thrust against irresponsible miners, convinced that none of its members has been at fault.

Mr. Duterte in his State of the Nation Address reiterated his warning to errant miners, on Monday, to “not destroy the environment (as well as) pay the right tax and follow government standards” for the industry.

The Chief Executive said the Department of Environment and Natural Resources, headed by Secretary Regina Lopez, has been directed to review all permits granted to mining, logging, and other environmentally sensitive acts.

“This is to ensure compliance with environmental standards; and if warranted, amend, suspend or revoke permits,” the President said.

In a statement, the COMP reiterated that its members have always been following such standards.

“COMP members have in the past and will continue to abide by government and international standards,” the industry group said.

According to COMP executive vice president Nelia C. Halcon, out of the 42 companies named by the Mines and Geosciences Bureau, as not having secured certification for ISO 14001 — an internationally recognized standard relating to environmental management — only half or 21 are members of the COMP.

Halcon said that of the 21 members, 17 have fully complied with ISO 14001 with the remaining four waiting to be certified “anytime soon.”

“We are now calling on MGB to release the list of cancelled mining applications in the spirit of transparency,” Halcon said.

“The (COMP) and its entire membership continues to rely on the President’s pronouncement to the DENR to ‘just implement the Mining Act of 1995 and ensure responsible mining’ in the country,” she said.  SFM