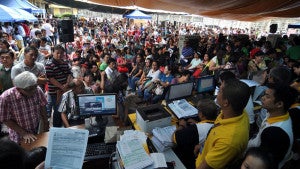 MANILA — Bureau of Internal Revenue (BIR) Commissioner Caesar R. Dulay has resumed the implementation of 26 revenue rules issued by his predecessor Kim S. Jacinto-Henares before she stepped down.

Dulay, however, kept in suspension the taxpayer audits as well as a number of controversial issuances, including Revenue Memorandum Order 24-2016 issued on June 8, which mandated possible audit or investigation of parties in transactions involving the assignment, sale or transfer of properties.

The BIR chief has also welcomed the reform proposals put forward by business groups and tax managers to speed up procedures as well as address pending taxpayer concerns when dealing with the country’s biggest tax-collection agency.

The Tax Management Association of the Philippines (TMAP) had alleged that some of Henares’ “midnight issuances” could be prone to corruption.

Hence, Dulay on his first day in office suspended the effectivity of all revenue rules issued during the month of June, until further notice.

Dulay also issued on July 1, a circular recalling letters of authority, the official document that empowered revenue officers to examine and scrutinize taxpayers’ books in order to determine their correct tax liabilities.

On its website, the BIR said it would undertake a review of the existing documentary requirements for the primary registration of taxpayers—self-employed, corporations and employees—that are currently prescribed under the BIR Citizen’s Charter. The BIR said it would also issue a revenue memorandum order containing streamlined procedures.

As for business groups and TMAP’s concerns, “we will listen and study their proposals and if necessary sit down with their study group to ensure full discussion on the merits or demerits of their proposals,” Dulay told the Inquirer last Friday.

Last week, the TMAP pitched for the Department of Finance and the BIR’s consideration a “wish list” of earlier issuances they wanted revoked or amended so that the government could increase tax collection, simplify taxation rules to enhance the ease of doing business, encourage voluntary tax compliance, as well as prevent corruption.

Tugonon said some issuances should be made consistent with the provisions of the National Internal Revenue Code of 1997 or the Tax Code as well as the Philippine Constitution.

Tugonon also said the DOF should prioritize hastening the approval of tax compromise offers and requests for abatement; removing the appraisal report requirement on transfers of unlisted shares; reinstating the preliminary assessment notice stage and removing the 20 percent plus 20-percent interest rule; allowing the deductibility of expenses after payment of deficiency withholding tax; and continuing the administrative processing of value-added tax (VAT) input refunds.

Two weeks ago, Dulay also met with business leaders, who committed to “cooperate and support to significantly improve, if not to fully attain, the revenue collection goal for this year,” the BIR earlier said.

The BIR has been tasked to collect P2.026 trillion in taxes this year. The latest data from the country’s biggest tax collection agency showed that as of the end of May, the BIR’s tax take amounted to P660 billion, up by over a tenth year-on-year but a fifth below the P833.9-billion target for the five-month period.

Business groups nonetheless also raised pending issues when dealing with the BIR, specifically: tax simplification; tax amnesty; suspension of audit; simplification of requirements for clearances/permits; revenue regulations with impact on their businesses; renewal of registration for tax exemption; and policies on storage of documents.

For its part, the BIR has been moving to cut red tape in the agency.

The BIR had also made it faster to secure tax clearance certificates (TCCs) as well as certificates authorizing registration (CARs).

Dulay had ordered processing and release of TCCs within two days upon submission of complete documents, which had been slashed to three from nine previously.

The BIR chief had also ordered issuance of CARs within five days after submission of complete requirements; in contrast, the previous time frame was five to 10 days.  SFM