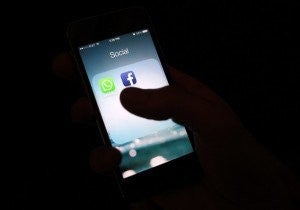 CEBU CITY — A lawyer who made Facebook posts against President Duterte filed a libel case against a netizen who made a derogatory statement on his FB post.

Lawyer Vicente Isles of the Children’s Legal Bureau filed a complaint against a certain Anrey Jay Nebres for violation of the Cybercrime Prevention Act of 2012 (Republic Act 10175)  in relation to Article 355 of the Revised Penal Code or libel.

Isles said in his complaint affidavit that he left a comment on the “Maghisgot Kitag Politika, Bay” Facebook Page venting his dismay on President Rodrigo Duterte’s failure to immediately sign the Freedom of Information (FOI) executive order,  a commitment he made during the campaign period last July 19. (Duterte signed the EO on the FOI on Sunday, July 24)

His comment was accompanied by an old post about the President’s promise to release former President Gloria Macapagal-Arroyo from detention if he would be elected into office.

On July 20, Isles posted on his Facebook page that a man who was on board a motorcycle accosted him on that same day and told him to stop his anti-Duterte sentiments otherwise “something would happen to him.”

On July 21, Nebres posted a comment to the post which Isles left on the Maghisgot Kitag Politika, Bay FB page.

Nebres said in his post” “Vincent wala pa lage ka nisurender? Dili na baya mudawat ang punirarya ug patay kay nagtapun og na mga lawas nga wala gipanguha basi mabaligya ka sa nagskwela ug medicine looy pud.” (Vincent, why have you not surrendered yet? Funeral parlors are not accepting bodies anymore because the bodies are piling up; you may end up being sold to medical students which would be a pity.)

Nebres’ comment alludes to the series of extrajudicial killings of suspected drug users and pushers.  Isles alleged this was intended to malign his honor by ascribing to him a crime of either as a user or seller of prohibited drugs or both.  SFM