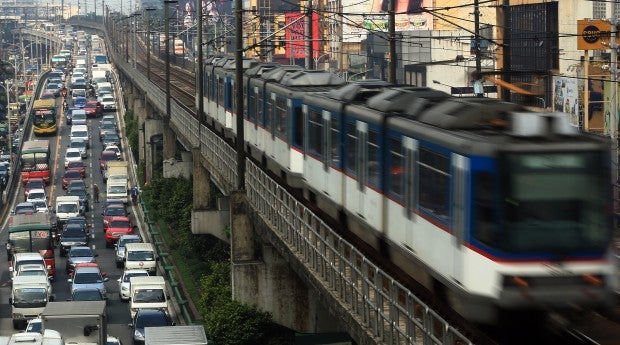 Lightning has struck a catenary cable on top of a Metro Rail Transit-3 (MRT-3) train, suspending the normal operations of the train line Sunday evening.

Cherie Mercado, spokesperson of the Department of Transportation, said that at 6:40 p.m., the MRT-3 train stopped after lightning struck the cable that supplies the train’s electricity.

Passengers in the affected train were told to stay inside the train for 10 minutes before engineers declared that it was safe for them to alight.

The incident forced the MRT-3 line to proceed with its provisional service from Taft station in Pasay City to Shaw station in Mandaluyong City and vice versa. AJH/TVJ