Trillanes wants Duterte to spell out vision in 1st Sona 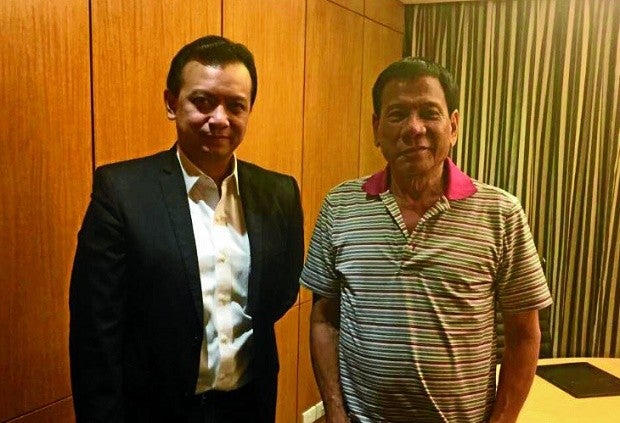 Senator Antonio Trillanes IV said he would like to hear President Rodrigo Duterte spell out his vision for the country in his first State of the Nation Address (Sona) on Monday, saying this would prove “that he’s more than a one-trick pony whose only expertise is a barbaric anti-illegal drug purge.”

“I want Pres. Duterte to spell out his vision for the country and the corresponding roadmap of programs to actualize that vision,” Trillanes said in a statement on Friday.

“This would prove that he’s more than a one-trick pony whose only expertise is a barbaric anti-illegal drug purge,” he said.

Trillanes also advised Duterte “to do away with the STOP this or that statements because they don’t really say much.”

The senator earlier accused Duterte during the campaign trail of allegedly having multi-million pesos in various bank accounts, which he did not declare it in his statement of assets, liabilities and networth (SALN).