Pimentel on Senate presidency rivalry: Cayetano has given way 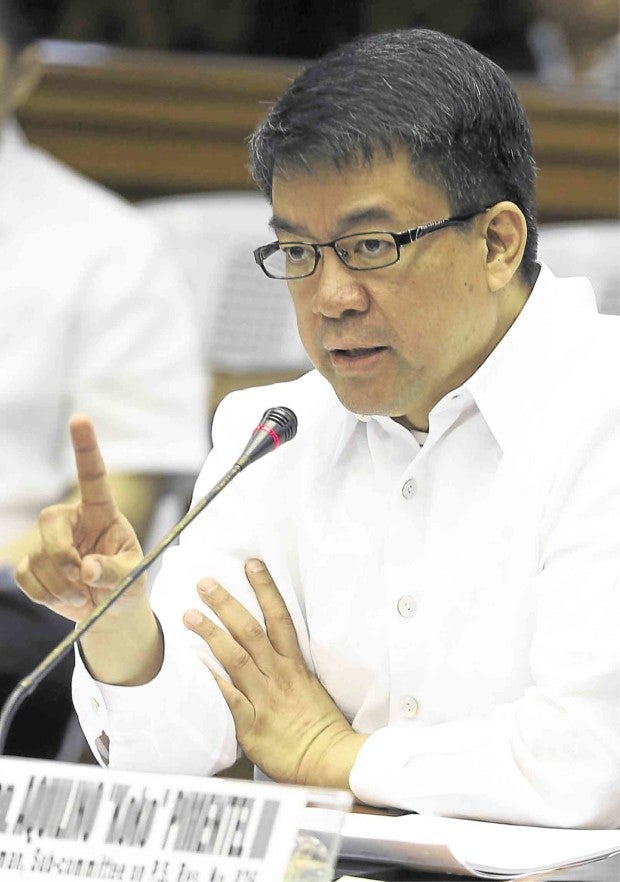 IN HIS FATHER’S FOOTSTEPS Sen. Koko Pimentel looks a cinch for the Senate presidency, a position once held by his father. NIÑO JESUS ORBETA

Senator Alan Peter Cayetano has  conceded the Senate presidency to Senator Aquilino “Koko” Pimentel III, who now has the support of 18 of 24 members of the chamber.

Pimentel said he and Cayetano had already talked and the latter told had him that they belong to one camp.

“Opo, nag-usap na po kami. Sinabi na nga n’ya na (Yes, we have talked. He said that) we are one camp,” Pimentel said in an interview over DZMM on Friday.

“Okay na po at kelangan po ‘yung mga perceived na kasama n’ya ay inaayos ko na po ‘yung kanilang role sa majority (Everything is okay, I am just arranging the role in the majority of those who are perceived to be with him),” he added.

Asked if Cayetano had already accepted the decision of the majority of his colleagues in the Senate, Pimentel repeatedly answered yes.

“Hindi pa lang nga s’ya nakapirma (sa resolution) at noong tinanong ko s’ya kung ano ang preferred committee n’ya, sabi n’ya unahin ko daw ‘yung mga kasama n’ya (He has not signed the resolution yet, and when I asked him what his preferred committee is, he told me to prioritize his allies),” he said, referring to a resolution electing him as the next Senate leader.

The resolution, he said, has now the signatures of 18 senators.

The new signatories brought the total number of the new “supermajority” in the Senate to 19, including Pimentel.

The five senators who have not signed the resolution are Cayetano, Cynthia Villar, Ralph Recto, Antonio Trillanes IV, and Francis “Chiz” Escudero. IDL/rga