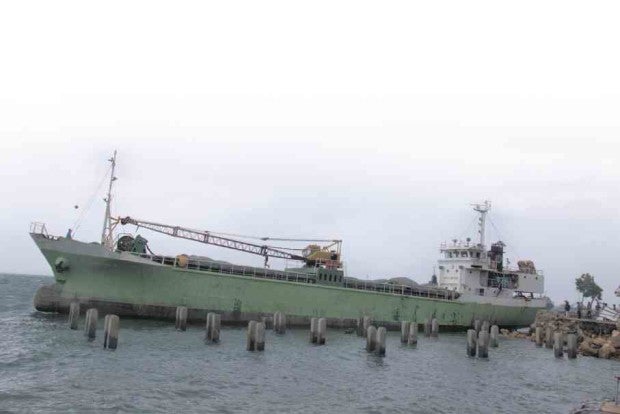 CEBU CITY—The city government of Naga in southern Cebu province is demanding damage payment from the owners of a ship that slammed into the city’s boardwalk after it was swept to shore by strong winds and waves on Tuesday.

Naga City officials are also preventing the ship from leaving until payment has been made.

Arthur Villamor, city administrator, said the owner of MV Unilink 2 agreed to have the damage assessed.

The ship, with 14 crewmen and five officers on board, dropped anchor on Tuesday in Barangay Poblacion, Naga.

But strong winds and waves swept the 222-ton vessel to the shore, slamming it into the boardwalk.