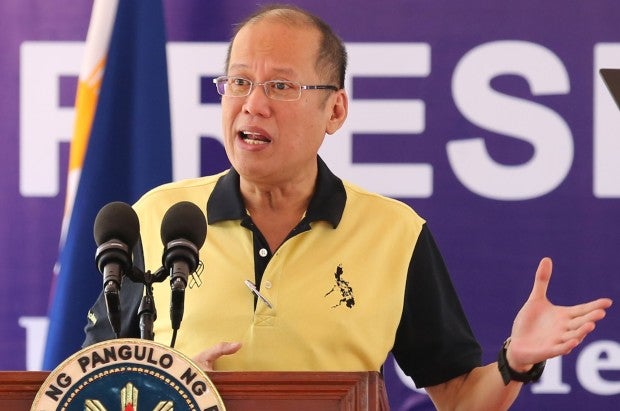 Former President Benigno Aquino III on Thursday lamented the Supreme Court’s “exoneration” of his predecessor, former President and now Pampanga Rep. Gloria Macapagal-Arroyo, even with clear rules that the Philippine Charity Sweepstakes Office (PCSO) funds intended for charity could not be used for intelligence gathering to avert terrorism and other destabilization efforts.

“By ordering the release and exoneration of Mrs. Arroyo, what is the Supreme Court saying: That nothing anomalous transpired? That no crime happened? That no one should be held to account? That the funds were used properly?” Aquino asked.

“What is the recourse now of the Filipino people, when it is clear that a substantial amount of public funds did not go to the intended services, which would have alleviated the suffering of many of our countrymen?” he said.

Aquino pursued the PCSO plunder case against Arroyo, who approved the disbursement of P365 million from the agency’s intelligence funds from 2008 to 2010, and the money remained unaccounted for.

Throughout his six-year term, Aquino highlighted the irregularities that had taken place during the nine-year Arroyo administration and never missed an opportunity to bash her, blaming her for the country’s problems.

He said it was clear in the PCSO charter that the agency “shall be the principal government agency for raising and providing funds for health programs, medical assistance and service, and the charities of national character.”

The charter also states that 30 percent of net receipts from the sale of sweepstakes races, lotteries, or similar activities will be allocated to charity, he said.

“Nowhere does it state that the funds of the agency charged to manage sweepstakes and provide charity can be reallocated for actions related to ‘bomb threat, kidnapping, destabilization and terrorism’ or for ‘bilateral and security relation’—purposes stated in the accomplishment report forwarded by then PCSO General Manager Rosario Uriarte and  Mr. Benigno Aguas to the Commission on Audit, to justify the transferring of additional funds from PCSO to the Office of the President, during the time of Mrs. Arroyo,” Aquino said.

“In total, P365 million was released by the PCSO over the course of three years, with P244.5 million, as stated in the report of Mr. Aguas, transferred to the Office of the President. The overwhelming bulk of the funds, at 66.9 percent, was used for activities not sanctioned by the charter of the PCSO,” he said.

Aquino said the PCSO charter clearly stated that the use of the agency funds other than for purposes authorized under the charter was punishable by imprisonment.

“In a normal corporate setting, a financial officer who does not know how to prepare a budget is either fired or, at least, demoted. Why? Because any company that is forced to source additional funds, due to incorrect budgeting, will either: 1) Lose the expected profit, precisely because a portion of it will be allocated to cover the required amount, or 2) Suddenly borrow at an interest and thus use its earnings to pay the loan. In another instance: When a company has a manager who forces the firm to incur losses or to borrow with interest, only to have what is borrowed left unused, such inept managerial practice is severely penalized,” Aquino said. TVJ