De Lima to SolGen: Focus on your job, not on throwback | Inquirer News
Close
menu
search

De Lima to SolGen: Focus on your job, not on throwback 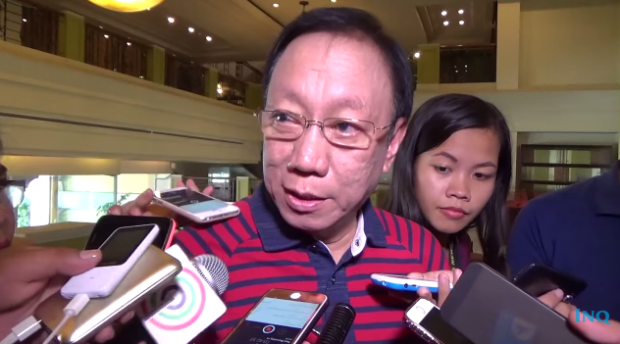 Instead of being fixated on her “throwback Thursday” photos,   Senator Leila de Lima advised Solicitor General Jose Calida to start doing his job by reading the 501-page decision on the West Philippine Sea case.

This was how De Lima reacted to a photo being shown by Calida supposedly showing her with maximum security inmate Jaybee Sebastian.

“I denounce in the highest possible terms this latest demolition job linking me to maximum security inmate Jaybee Sebastian or to any other convicted or suspected drug lord or operator now or in the past,” she said in a statement.

“I categorically deny any insinuation of me extending any protection or accommodation to any criminal.  My personal and professional records would belie all accusations hurled against me,

which are obviously intended to malign my good name and reputation and to undermine the performance of my lawful duties as a Senator,” the senator added.

De Lima said Calida, who once served as Justice Undersecretary and Acting Secretary during the Arroyo administration, should have known better that public servants like them “conduct meetings, and/or attend events or activities with all kinds of people in pursuance of official duties, similar to the much publicized meeting or encounter between PNP Director General Ronald de la Rosa and several convicts like Herbert Colangco, Peter Co, and Jaybee Sebastian.”

When she was justice secretary,  De Lima said,  she had attended   several Management Committee (ManCom) meetings of the Department of Justice (DOJ), including one hosted by then Bureau of Corrections (BuCor)  Director Gaudencio Pangilinan.

“That one meeting which was covered by the media at the premises of the National Bilibid Prison was also attended by other top officials of the DOJ, including the heads of attached agencies and BuCor officials,” De Lima said.

“At the sideline of the event, the ManCom members mingled with some inmates during certain activities on the same day as part of the reformatory program of BuCor.  It is most likely where the photograph was taken and is now being shown by Calida out of context.”

“May I suggest for Calida to stop his fixation on ‘Throwback Thursday’ photos of me, and instead just start doing his real job of reading the 501-page decision on the West Philippine Sea case,”   the senator said.

De Lima also warned those who she said were trying to implicate her to any illegal activity.

“You will be frustrated,” she said. “While I have been patient with all the attacks, I will never be intimidated.  Rather, I will remain steadfast in fulfilling my sworn duty as Senator to uphold the Constitution and human rights.” TVJ