Marines general tapped to head BuCor to take over post by Aug. 1 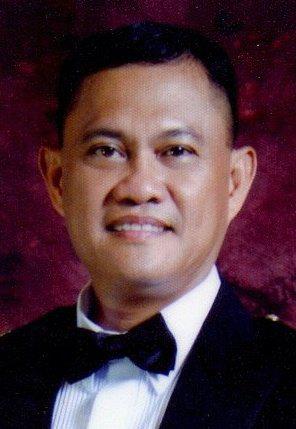 MANILA — The Philippine Marines general appointed as the new Bureau of Corrections director will retire early from the military on July 30 and will bring several Marines to help guard the New Bilibid Prisons in Muntinlupa City, according to the Armed Forces of the Philippines.Col. Edgard Arevalo, AFP public affairs chief, has announced that Marine Major Gen. Alexander Balutan will be given retirement honors by the Philippine Navy on July 30 before he assumes his post as BuCor director on Aug. 1.

“He (Balutan) said that this is a job that nobody wants to take, it’s only a Marine who’s willing to take this job, that’s why he took it,” Arevalo said in a press briefing.

Arevalo has also confirmed that Balutan will bring along Marine soldiers to the New Bilibid Prison to work in tandem with the Philippine National Police-Special Action Force personnel to guard the state penitentiary and its high-profile inmates.

In 2015, the Department of Justice repeatedly raided the Bilibid and found that inmates had set up apartments within the cells too luxurious for prisoners, had smuggled contraband or prohibited items such as drugs. Intelligence reports have revealed that robbery and drug trafficking convicts have been able to continue with their illicit trade from prison.

The Marines to be deployed in New Bilibid have been undergoing special training, Arevalo said.

He added the SAF and Marine troops would take monthly rotating assignments, he said.

Balutan is a member of the Philippine Military Academy Class of 1983. He is a veteran of the Mindanao conflict and earned the nickname “Mandirigma” (warrior).

The general gained prominence in 2005 when he testified before the Senate on the alleged election cheating in Mindanao, defying an order from President Gloria Macapagal-Arroyo for all executive branch officials to seek clearance and permission first from Malacañang before testifying in legislative inquiries.

Balutan was court-martialed but his case was later dismissed due to prescription.  SFM/rga