700 new HIV cases reported in May 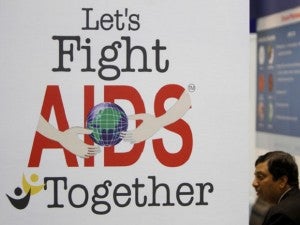 MANILA — More than 700 new cases of human immunodeficiency virus (HIV) were reported to the Department of Health (DOH) last May.

According to the latest HIV/AIDS Registry of the Philippines (HARP) report, a total of 739 new HIV cases were reported just in May 2016.

The DOH added that 52 people with HIV/AIDS also died in May.

Fifty-six of the new cases were found to be overseas Filipino workers (OFWs), with all happening through sexual transmission.

Among the 739 new cases, a total of 687 cases (93 percent) happened through sexual transmission, mostly from men-having-sex-with-men (MSM), which accounted for 589 cases or 86
percent.

Injecting drug use (IDU) accounted for the transmission of 50 new cases; while two others were cases of mother-to-child transmissions.

With the latest figure, it means that there are already 3,802 HIV cases reported to the DOH, including 518 AIDS cases and 228 deaths, during the first five months of the year.