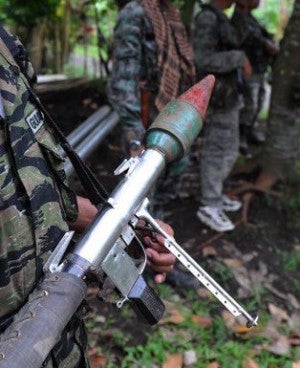 DAVAO CITY — A Maguindanao mayor survived an ambush around 5 p.m. Thursday, a report from the Autonomous Region in Muslim Mindanao police office said.

South Upi Mayor Reynalbert Insular was on his way home from Cotabato City when unidentified men fired a rocket-propelled grenade on his convoy as it was passing by Kilometer 28 in Barangay Kibleg in North Upi town, said Chief Inspector Ronald De Leon, the ARMM police spokesperson.

The attack continues to be investigated, as of this posting, according to De Leon.

Insular is a first-term mayor, having won as an independent candidate during the May 9 elections. His town was listed as among the “areas of immediate concern” by the Commission on Elections due to intense political rivalries.

A report from the South Upi police said Pinuela was standing in front of his home in Barangay Timanan on May 27 when unidentified men on a motorbike arrived and opened fire on him around 8 p.m.

Pinuela had just been reelected to a third term. He died there and then after suffering multiple gunshot wounds.  SFM