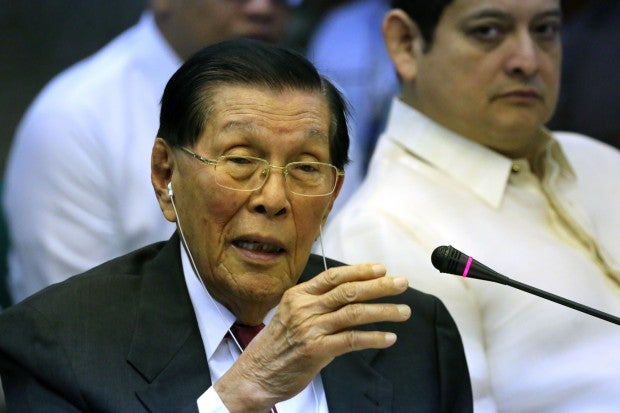 Voting 7-6-1, the high court said the appeal filed by the Office of the Ombudsman lacks merit.

The high court maintained that there was no preferential treatment given to Enrile given that he was a sitting senator but the grant of bail was due to his health condition.

“The imputation of ‘preferential treatment’ in ‘undue favor’ of the petitioner [Enrile] is absolutely bereft of basis,” Information Chief Atty. Theodore Te said in a press conference.

Aside from the fact that Enrile is not a flight risk, the high court reiterated that it also took into consideration Enrile’s  advanced age, poor health as well as his past and present disposition of respect for the legal process, length of public service and private reputation.

“There was really no reasonable way for the Court to deny bail to him simply because his situation of being 92 years of age when he was first charged for the very serious crime in court was quite unique and very rare.”

“To ignore his advanced age and unstable health condition in order to deny his right to bail on the basis alone of the judicial discretion to deny bail would be probably unjust,” the high court said.