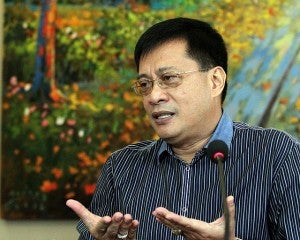 CEBU CITY — Retired police general Vicente Loot has admitted being a “kumpadre” of a Cebu-based businessman that goes by the name of Peter Lim and who was investigated by the House committee on dangerous drugs in the early 2000s for alleged involvement in illegal drugs.

Kumpadre or kumpare is a term used to refer to friends who stand as godfathers or sponsors in the baptism or wedding rites of their friends’ direct kin.

President Duterte alleged in a public speech last week that a Cebu-based businessman named Peter Lim has been among the three drug lords in the country controlling illegal drug trade in the country.

According to Loot himself, the Peter Lim he knows is the godfather of his eldest son and owner of the vehicles that Loot and other police officers had borrowed during operations in the 1980s.

“Yes, he (Lim) is a friend and my kumpare. But that’s it. Nothing special,” Loot told the Philippine Daily Inquirer over the phone over the weekend.

He said he had no knowledge of Lim’s alleged involvement in the drug trafficking.  “I’ve no idea, and I’m not the right person to say whether or not he’s into the business of illegal drugs,” the retired general said.

He said he hasn’t seen Lim since 2000s although they kept in touch with each other through the phone.

The President named one Peter Lim as among the three big-time drug lords in the country that he would like to put out of business in the same speech.

Aside from operating in the Visayas, no other specific description was given by the President, prompting a Peter Lim based in Cebu City to issue a statement through his spokesperson, denying he was the same person alluded to by the President.  (This Peter Lim and his brother, Wellington, were the ones investigated by the House of Representatives committee on dangerous drugs in early 2000s.  According to Peter Lim’s lawyer, his client was cleared by the House committee.  Former Cebu representative Antonio Cuenco, who headed the House committee on dangerous drugs it was the National Bureau of Investigation that cleared the two, saying there was not enough evidence to file a case in court.) 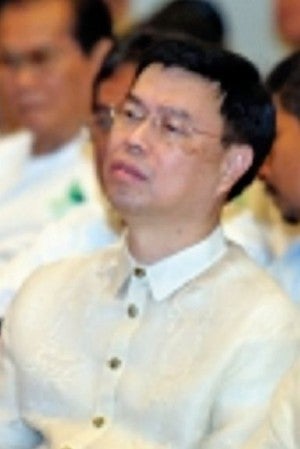 Co and Colangco are high profile inmates now behind bars at the New Bilibid Prison in Muntinlupa City while Lim was reportedly outside the country.

Co is reportedly the leader of the Bilibid 19, a group of drug convicts living a luxurious lifestyle inside the national penitentiary, while the Lim Duterte mentioned is supposed to be behind the illegal drugs trade in the Visayas.

Dioscoro Fuentes Jr., spokesperson of Lim, said  Lim and his brother Wellington were linked to illegal drugs trade in  2001 in Cebu City but were eventually cleared by the House of Representatives’ committee on dangerous drugs that conducted an investigation.

Loot recalled that he was a young police officer when a fellow policeman introduced him to Lim.

When he had his first son in 1990, Loot said Lim was one of the baby’s godfathers during baptism.

Although they have been kumpadres, Loot said he and Lim were not that close to each other.

“I should say we’re only at the ‘acquaintance’ level. Apart from borrowing vehicles from him, I haven’t asked any favor from Mr. Lim. He’s but an ordinary friend of mine,” he said.

In the meantime, Loot said he went to Camp Crame in Manila last Thursday to talk to Philippine National Police (PNP) Director General Ronald “Bato” dela Rosa and clear his name over allegations that he was a “protector” of illegal drug groups.

But Loot said Dela Rosa was was not around to meet him since the PNP chief was “out of town.”

Loot said he was instructed by Interior Secretary Ismael “Mike” Sueno to wait for the investigation that would be conducted against the five police generals.

“I already submitted myself voluntarily to the Department of the Interior and Local Government (DILG) to resolve issues on jurisdiction,” he said.

Since he already retired from the police service, Loot said DILG had no jurisidiction over him.

To prove that he was willing to be investigated, he said he decided not to question the jurisdiction of the DILG.

“I’ll just wait for whatever charges they present against me, and I’ll answer all the accusations,” Loot said. SFM