... As Philippines stands to be a bit player in Rio Olympics yet again
By: Tarra Quismundo - Reporter / @TarraINQ
Philippine Daily Inquirer / 07:20 PM July 07, 2016 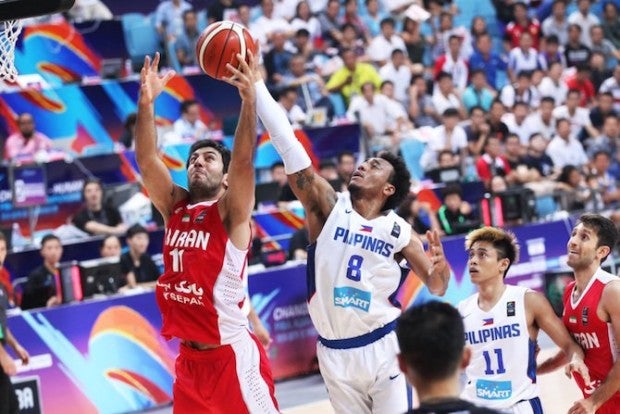 Gilas Pilipinas team in action vs Iran. (Photo from FIBA.com)

MANILA, Philippines — Having painfully seen the Philippine national basketball team’s Olympic dream slip by live, sports fans in the Senate on Thursday called for greater grassroots support for sports to give younger Filipinos more opportunities to discover and develop their athletic potential.

The two Senators cheered for Gilas Pilipinas during their game against the New Zealand Tall Blacks at the SM Mall of Asia Arena Wednesday night, which ended in a homecourt heartbreak for the Filipinos. The Philippine national team came up short in their Olympic bid 80-89.

Angara, who chairs the Senate Committee on Games, Amusement and Sports, noted how basketball, for one, has been “almost exclusively privately funded,” receiving “minimal government support.”

“The ones who suffer are the less popular sports who have a hard time attracting support. While we sponsored Republic Act No. 10699 to increase allowances for our national athletes, government, both local and national, should build more publicly accessible sports facilities at the grassroots level,” said Angara via text message.

Villanueva, a college basketball varsity player, meanwhile said the time has come for sports to have equal footing with other academic courses in the schools.

“We need to value the importance of sports development in honing the talents of our athletes, especially in supporting the young ones. I would encourage the Department of Education to give equal importance to academic intelligence and scholastic eminence in sports by mobilizing funds both from the government and the private sector,” said the neophyte Senator, who closely worked with the education department being formerly the vocational training authority chief.

“Sports is not just an extra-curricular activity. Excelling in sports is the same as excelling in Math, English or Science,” he said.  SFM