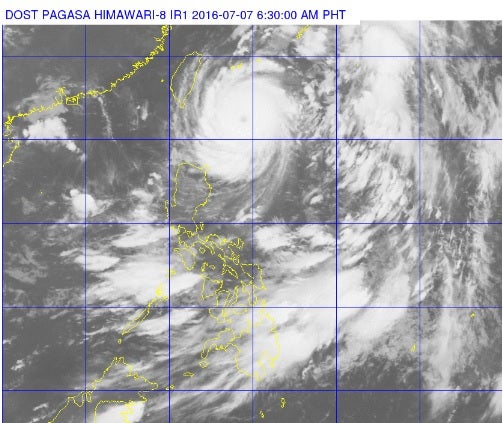 The typhoon clocked maximum sustained winds of 220 kilometers per hour and gusts of up to 255 kph, the Philippine Atmospheric Geophysical and Astronomical Services Administration (Pagasa) said.

Although Butchoy is already a super typhoon for some international weather agencies, it remains a typhoon in Pagasa’s standards, which uses a 10-minute average in measuring cyclones and follows the standards of the World Meteorological Organization.

READ: ‘Butchoy’ now a supertyphoon by US Navy standards

A super typhoon in Pagasa’s standards must have maximum sustained winds of 221 kph and above.

Butchoy was last tracked 330 kilometers east of Basco, Batanes, and was moving at a slower pace of 25 kph northwest.

Signal No. 1 was hoisted over the Batanes, Calayan and Babuyan Group of Islands.

Moderate to heavy rain is expected within the typhoon’s 600 kilometer diameter. Monsoon-enhanced rain is also forecast over the western section of Luzon until the weekend.

Pagasa warned fishermen to avoid the northern and eastern seaboards of Luzon.