'Butchoy' now a supertyphoon by US Navy standards | Inquirer News 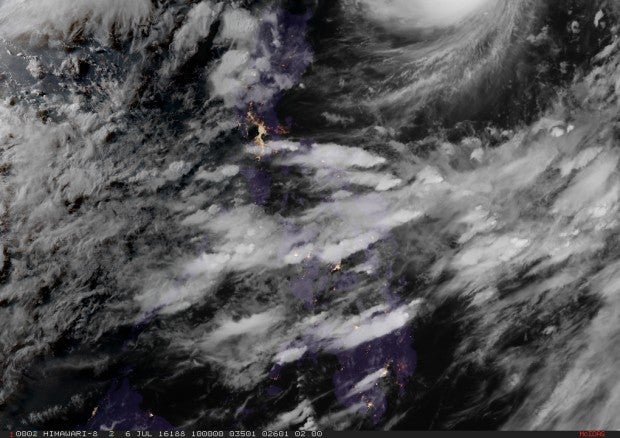 As of 5.pm. on Wednesday, however, Butchoy is still considered a typhoon by the Philippine Atmospheric, Geophysical and Astronomical Services Administration.

It packs maximum sustained winds of 210 kilometers per hour near the center and gusts of up to 245 kph.

A supertyphoon by Pagasa’s standards must have at least 220 kph of maximum sustained winds.

The JTWC is for its own military purposes while Pagasa has the same standards of the World Meteorological Organization, she said.

Batanes Group of Islands remains under Signal No. 1 on Wednesday afternoon.

“Rains with gusty winds is expected over Batanes Group of Islands,” Pagasa said.

Cayanan said all forecast models showed Butchoy was tracking toward Taiwan and would not make landfall in the country.

“Fortunately, our country will not be really affected by the strength of the wind except for Batanes that’s why we have issued Signal No. 1,” she said.

Light to moderate rains and thunderstorms will be expected over Visayas, Mindanao, Calabarzon, Bicol region, Mimaropa and the provinces of Cagayan and Isabela.

Metro Manila and the rest of the country will have partly cloudy to cloudy skies with isolated rains or thunderstorms.