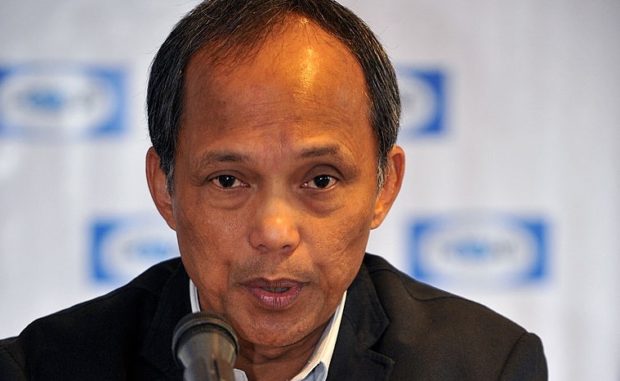 Alfonso G. Cusi has taken over the reins of the Department of Energy (DOE) at an exciting time: Renewable energy and market reforms like the competitive selection process, and a fuel-mix policy review by the Climate Change Commission are underway.

The DOE is a crucial agency that requires management skill, if not knowledge of the industry, and it seems, on the skill side at least, Al Cusi, as he is known to many, is the man for the job.

Energy Secretary Zenaida Monsada told reporters that she had met with Cusi to discuss the structure of the DOE and that she felt he was “a good manager.”

On a good note, Cusi is also inheriting the DOE’s reins at a time when power investments are expected to finally result in power reserves. Various estimates have indicated that the Philippines may have a surplus of power by the end of 2016.

Tomas Alcantara, chair and president of Alsons Consolidated Resources Inc., the publicly listed energy arm of the Alcantara group of companies, said he had worked with Cusi before and believed he had the management skill to lead the DOE.

“He’s a hard worker. When he was with PPA (Philippine Ports Authority), I was the chair of the executive committee of PPA, in my capacity as DTI (Department of Trade and Industry) secretary that included representation in PPA,” Alcantara said.

The energy secretary has to do a lot of reading, a lot of studies, but ultimately it is a management job, Alcantara said. “It is a very critical agency so he has to move fast.”

The energy secretary has said the move to get a new vessel like MV Starlite Eagle should set an example to other interisland vessel operators to buy newly built Ro-Ros instead of settling for secondhand vessels that can hardly sail in rough Philippine waters.

Also associated with then President Gloria Macapagal-Arroyo as a political ally and friend of her husband, Jose Miguel Arroyo, Cusi held vital posts during the Arroyo administration, such as PPA general manager (from February 2001 to July 2004), Manila International Airport Authority general manager (from August 2004 to March 2010) and director general of the Civil Aeronautics Board of the Philippines (CAAP).

Cusi was appointed director general of the CAAP in March 8, 2010, but he resigned nine months later, during the term of President Aquino, after the Department of Transportation and Communications appointed several senior management officials at the agency without Cusi’s prior knowledge.

In 2011, Cusi was tagged in the alleged poll cheating in the 2004 national elections, which saw then President Arroyo win a six-year term. Cusi denied the allegation that he helped distribute money in Mindanao, supposedly to ensure Arroyo’s victory.

In 2012, Ombudsman Conchita Carpio Morales dismissed the case against Cusi for lack of evidence.

Before his PPA stint, Cusi was an executive in various Aboitiz transport businesses for over two decades. He joined Aboitiz Shipping Corp. in 1972.

He graduated from De La Salle College in 1972 and proceeded to finish his MBA at the University of the Philippines in 1976.