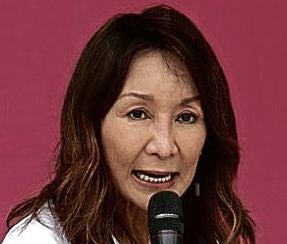 In a statement on Tuesday, Morales said she has junked the motion for reconsideration filed by Garcia seeking to reverse the graft indictment against her for 11 counts of graft or violations of Section 3(e) of the Anti-Graft and Corrupt Practices Act.

The Ombudsman has found probable cause against Garcia for the anomalous procurement of the architectural and engineering design and various civil and other works for the CICC when she was Cebu governor.

In 2006, Garcia as then governor resorted to the alternative method of procurement without public bidding, the Ombudsman said.

The charges stemmed from the anomalous procurement of the CICC project in 2006 worth P830 million consisting of engineering, architectural and civil works contracts.

In an eight-page joint order, Morales said Garcia resorted to unjustified alternative methods of procurement and award of contracts which violated the anti-graft law.

Morales said Garcia allowed WTI to perform additional works without an appropriation, contract and without public bidding, thus giving unwarranted benefits to the contractor and causing undue injury to the government in the amount of at least P257,413,911.73.

Morales junked as baseless Garcia’s claim that the charges were “politically motivated.”

“This Office, as a dispenser of justice, ensures that justice is meted out objectively, without fear or favor, and that the cases are decided based on the evidence, not on motives, personalities or political affiliation,” Morales said.

Under Section 3(e) of the anti-graft law, a public officer or employee is liable for the criminal offense of graft when, in the performance of his or her official duties, has acted with manifest partiality, evident bad faith or inexcusable negligence, causing undue injury to any party, including the government, or has given any party unwarranted benefit, advantage or preference.

Garcia already faces a graft trial before the Sandiganbayan in connection with the anomalous purchase of a land in Cebu for a housing project that turned out to be submerged in water.

According to the graft charge, Garcia, who was then Cebu governor, authorized in 2008 the purchase of a portion of the Balili Estate in Naga, Cebu, with an area of 24.9 hectares at P99 million. Garcia, the Ombudsman said, diverted at least P50 million in government funds for site development and a housing program to pay for a portion of the estate’s price./rga