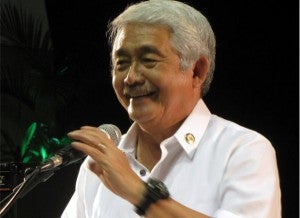 In a 16-page decision, the CA’s Second Division granted the petition for review filed by Tanco, citing lack of substantial evidence against Tanco and his son and security officer Vladimir.

The appellate court promulgated the decision on June 17, a copy of which was received by Tanco’s lawyers in Manila on June 28, according to Tanco’s lawyer, former provincial legal officer Jose Villanueva.

The Ombudsman ordered in October last year the dismissal of Tanco and his son after they were found guilty of grave misconduct for allegedly extorting P3 million from Leodegario Labao Jr., owner of Kirskat Venture, the contractor of a P32.9-million Mambusao District Hospital project.

The Ombudsman also found probable cause against the Tancos for violation of Republic Act No. 3019 (Anti-Graft and Corrupt Practices Act).

The CA decision also reversed the dismissal from service of Tanco’s son, Vladimir, which was implemented by the Department of Interior and Local Government (DILG) in 2015.

Tanco finished serving his third and last term last month since the DILG did not implement the dismissal order against him on  grounds that his case was covered by the “Aguinaldo Doctrine.”

The legal doctrine extinguishes administrative cases filed against any public official during the official’s previous term immediately after the official’s re-election.  SFM/rga