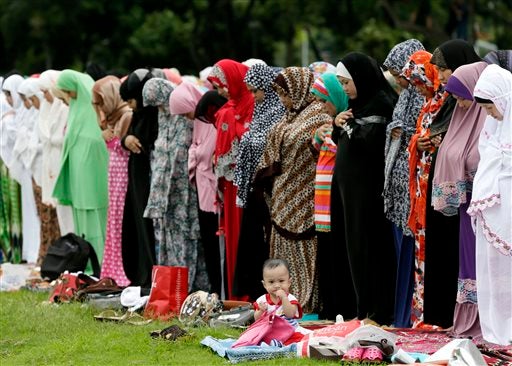 A baby girl sits by herself as Filipino Muslims pray at Rizal Park to mark the end of the holy month of Ramadan known as Eid al-Fitr. AP FILE PHOTO

Malacañang announced on Monday that July 6 will be a non-working holiday in observance of the Eid al-Fitr or the end of the Islamic holy month of fasting, Ramadan.

The announcement was made by Presidential Spokesperson Ernesto Abella in a press briefing.

Abella said that the executive order on the holiday which was signed by President Rodrigo Duterte will be released within the day.

Eid al-Fitr is the first day marking the end of the 30-day fasting period during Ramadan.

Republic Act No. 9177, which was approved by former President Gloria Macapagal Arroyo in 2002, provide that only the Office of the President can declare the Eid al-Fitr as a regular holiday, upon the recommendation of the National Commission of Muslim Filipinos. JE/rga