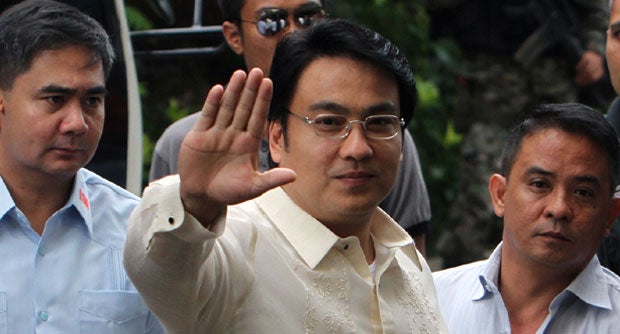 For the fifth time, the Sandiganbayan First Division deferred on Thursday the pre-trial of former Senator Ramon “Bong” Revilla Jr., delaying further the trial proper for plunder which has been stuck in court for two years now.

During the scheduled pre-trial hearing, Revilla’s counsel Reody Anthony Balisi said the defense panel had yet to finish marking its documentary exhibits to be presented during the trial.

During the pre-trial proper, the prosecution and defense panels meet to mark their exhibits of evidence and prepare the list of witnesses in preparation for the trial proper.

The court rescheduled the pre-trial to Oct. 13.

The lawyers of Revilla’s co-accused in the graft cases also said they had yet to finish the marking of evidence.

The court gave the accused in the graft cases two days each to finish their marking of exhibits.

During the hearing, division chair Associate Justice Efren Dela Cruz scolded the defense lawyers for not speeding up the marking of exhibits, prolonging the incarceration of Revilla and his chief of staff and co-accused Atty. Richard Cambe.

“The court cannot wait forever. You are the (lawyers for the) accused, you should be the one desiring for a speedy disposition of the case,” Dela Cruz said.

Revilla’s trial has not started in two years since he surrendered for plunder on June 2014 when charges were filed over allegations that he earned P224.5 million in kickbacks from accused pork barrel scam mastermind Janet Lim-Napoles.

The court denied Revilla’s bail for plunder in December 2014.

Revilla is detained at the Philippine National Police Custodial Center with colleague and former Senator Jose “Jinggoy” Estrada, who was also denied bail in the plunder case, for allegedly amassing P183 million in kickbacks from Napoles./rga