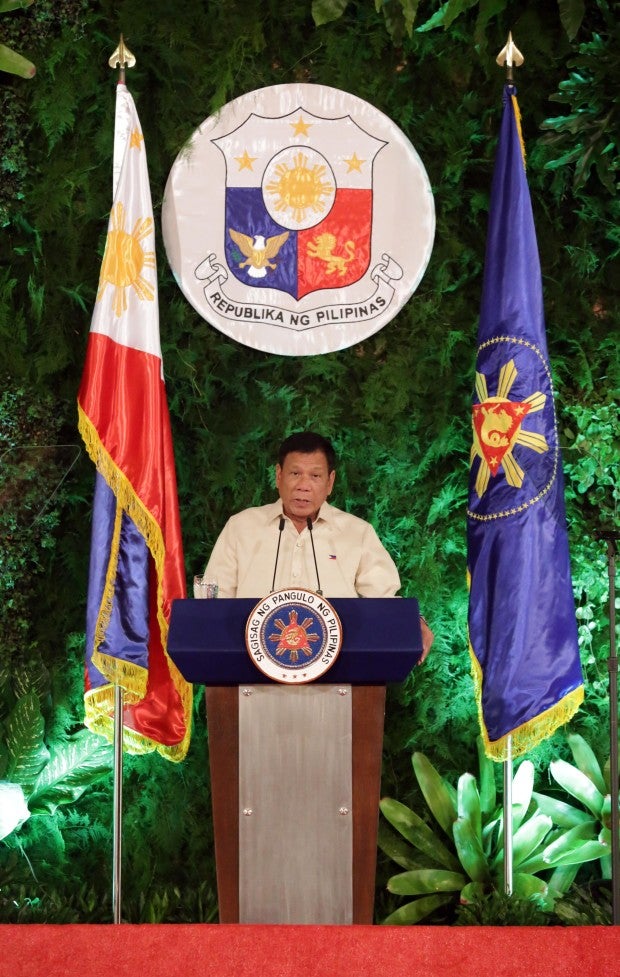 Newly sworn-in President Rodrigo Duterte on Thursday said that he will give the specifics of his economic and political policies in “due time” but there are some that require immediate action that cannot wait until tomorrow.

The first among these actions is his plan to streamline processes in all government agencies.

“I direct all department secretaries and the heads of agencies to reduce requirements and the processing time of all applications, from the submission to release,” he said during his first speech as President of the Republic of the Philippines.

He ordered his Cabinet members to remove “redundant requirements.”

“Compliance with one department or agency, shall be accepted as sufficient for all,” he said.

Long processing and red-tape are among the criticisms against the bureaucracy.

Ease of doing business, for example, has long been a challenge for the Philippines, which needs to work harder to attract investors and encourage new businesses.

Duterte also warned his secretaries against “changing and bending the rules of government contracts, transactions and projects already approved and awaiting implementation.”

“Changing the rules when the game is ongoing is wrong,” he said.

He said that he “abhors” secrecy and “advocates” transparency in all government contracts.

Challenging his Cabinet members, Duterte said, “Do them and we will work together. Do not do them, we will part sooner than later.” rga/CDG

Read Next
Duterte takes oath as PH’s 16th President
EDITORS' PICK
Over 3 Million worth of prizes to be won at Smart Padala’s SENDali Manalo Promo!
Gear up and get ready to play with Yamaha Mio Gear
Acer starts the year off strong with the Aspire Vero National Geographic Edition
If elected VP, Sara Duterte will push for mandatory military service for all Filipinos
Senate bill seeks to penalize employers requiring employees to work during rest hours
Marcos-era elections: Not what his son signed up for
MOST READ
Jose Manalo’s son Benj pays tribute to late mother: ‘You’re a testimony of God’s love’
‘Sampal sa gobyerno:’ Drilon wants unvaxxed PAO chief barred from working
Vice mayor slams Vico Sotto for turning Pasig into a ‘puro palabas’ city
Bongbong-Sara tandem names 7 candidates in initial senatorial slate
Don't miss out on the latest news and information.