There’s no turning back now.

Aquino arrived at around 10:25 a.m., followed shortly by Duterte, who will soon be sworn in as the 16th President of the Republic of the Philippines.

READ: Aquino legacy: Democracy and stability–warts and all

The two leaders then proceeded to the President’s Hall for a meeting that lasted around 30 minutes.

After the encounter, Duterte accompanied Aquino for the latter’s departure honors.

They walked on the red carpet together, from the staircase near the President’s Hall and out into the Palace grounds. 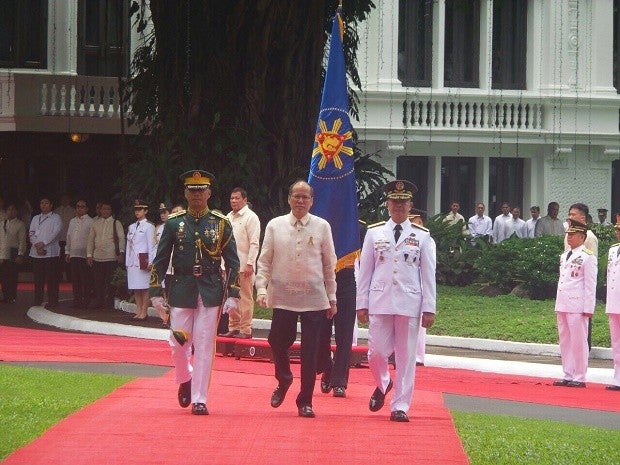 Aquino was given a 21-gun salute as part of the customary send-off. The two leaders stood side-by-side while saluting the Philippine flag.

They also engaged in small talk before Duterte walked Aquino to his vehicle.

Aquino, who left the Malacañang compound shortly after 11 a.m., will be returning to his residence in Times St., Quezon City as a private citizen.

On the other hand, arrival honors will be held for Duterte who will take his oath of office, followed by his appointed Cabinet members. CDG/rga