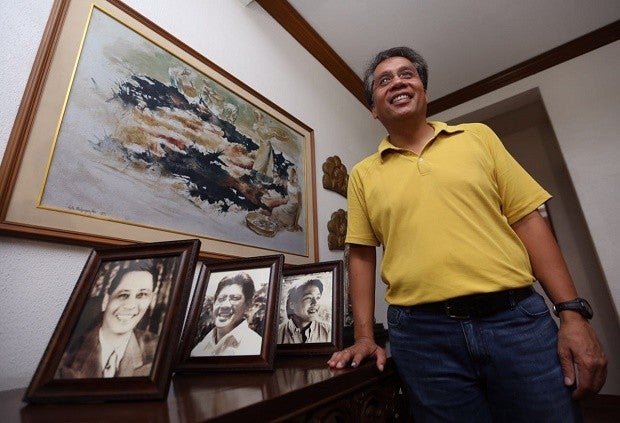 CEBU CITY, Philippines—Defeated presidential candidate Manuel “Mar” Roxas II met with his supporters on Wednesday to thank them for backing his presidential bid even if he did win in the recently concluded May 9 general polls.

Roxas told at least 50 members of the Roxas-Robredo Silent No More and the RoRo group that he was still going through an emotional rollercoaster more than a month after the elections, which he considered a “tough fight.”

“There’s sadness and disappointment. There’s anger… All sorts of rollercoaster of emotions. But through the quiet moments of meditation and reflection, the sentiment that always emerges is one of gratitude and thankfulness,” he said.

“Rather than sit in a room in Manila, in a dark space, which I understand some of you went through, better do something positive. I really want you to know how thankful I am, how thankful we all are that you gave us your trust and support,” he added.

Roxas and his wife TV broadcaster Korina Sanchez arrived in the function room of Laguna Garden Cafe at Ayala Terraces past 9 a.m.

He was met with applause when he entered the room.

Roxas was even asked by some of those present in the meeting to be a part of their anti-federalism campaign.

The former interior secretary, however, did not commit even if he had been vocal about his opposition to changing the form of government to a federal system.

In an interview with reporters, Roxas expressed his gratitude to the support he received in Cebu where he emerged second to President-elect Rodrigo Duterte.

Asked for his message to the Duterte administration, Roxas said “hayaan na lang natin silang makaupo (Let us allow them to assume office).”

Roxas and Sanchez only stayed for about an hour because they had to catch their flight to Manila. RAM