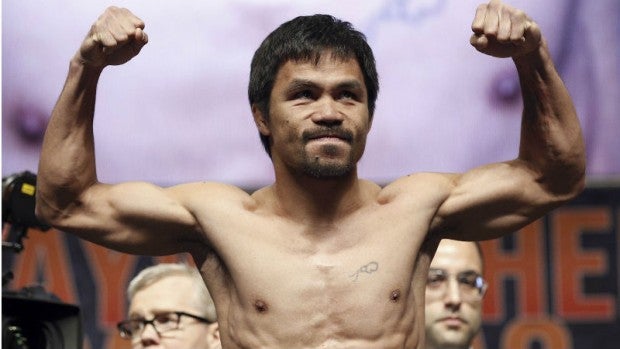 Senator-elect Manny Pacquiao said he retired from boxing to give all his time to his work at the Senate. On Monday, an orientation was given to new senators but Pacquiao and former justice secretary Leila de Lima were not present. AP FILE

Only three of five neophyte senators and their respective staff attended an orientation at the Senate on Monday, three days before they officially assume office on June 30.

Present were Senators-elect Risa Hontiveros, Sherwin Gatchalian and Joel Villanueva, who all have experience in lawmaking as former members of the House of Representatives.

The Senate secretariat briefed the incoming senators about the legislative work in the chamber, including maintenance, security and their salaries.

The two other neophytes who did not participate in the orientation were Senators-elect Leila de Lima, former Justice Secretary, and Manny Pacquiao, who was also a congressman before winning a Senate seat last May 9 elections.

De Lima said she was not able to attend the hearing, citing a conflict in her schedule.

“I have a sked conflict. So, I just sent a team headed by my CoS (chief of staff),” she said in a text message.

De Lima added that “I was previously briefed, one-on-one, by a Senate official.

Pacquiao’s chief of staff said he could not attend the briefing as it coincided with his meeting with some local officials. The senator, instead, sent his staff to the briefing.

Villanueva described the orientation as “interesting” and “very helpful” considering his six years absence in legislation.

After serving his full three terms or nine years at the House of Representatives as Cibac representative, Villanueva was appointed Secretary of the Technical Education and Skills Development Authority (Tesda) in 2010 until he declared his senatorial run late last year.

Villanueva reiterated his desire to become an “employee of the month” in the Senate, which he said was a “difficult” task. Nonetheless, he promised to do his best to perform so not to fail the more than 18 million people who voted for him in the last senatorial race.

He also promised to focus on his advocacies such as job creation and not so much congressional inquiry.

Like Villanueva, Hontiveros said the orientation was helpful as she was also inactive in legislative work for six years. She said she considered the briefing a “review” of her legislative work when she was representative of Akbayan partylist in the lower chamber.

Gatchalian said the briefing was “very informative” although he noted many similarities in the legislative work  in the lower chamber. 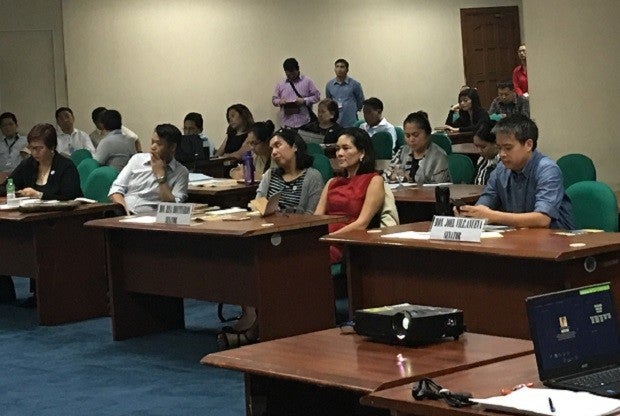 Manny Pacquiao on retirement: My heart is 50-50