Marquez on new PNP chief: We all have our own styles, priorities | Inquirer News
Close
menu
search

Marquez on new PNP chief: We all have our own styles, priorities 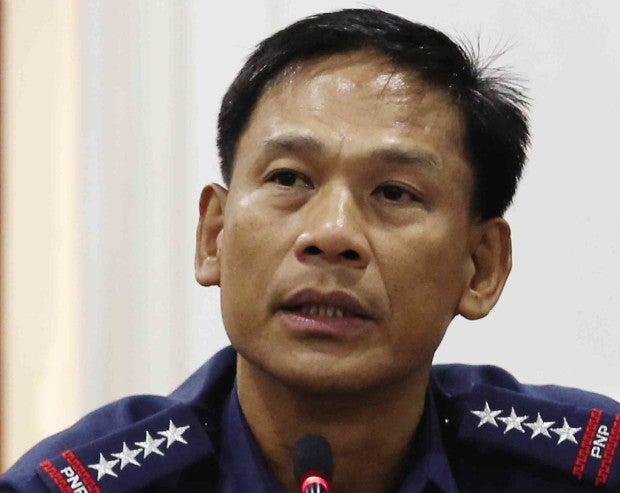 Like in the administration of past PNP chiefs, Marquez said he had his own focus and priorities.

“Katulad nung mga nauna sa akin (Just like the chiefs before me), they have their own focus and priorities. I’ve had mine so I’d like to think that it’s not for me to make a comment tungkol sa mga mangyayari sa (regarding what’s going to happen in the) PNP,” Marquez told reporters in one of his last media briefings at Camp Crame.

“Lahat ng PNP chief may kanya kanyang (All PNP chiefs have their own) focus but our core purpose would remain the same, serve and protect.”

Duterte picked Dela Rosa to lead the PNP as he vowed to step up war against criminality and illegal drugs.

Both Duterte and Dela Rosa promised to step down from their positions if they fail to suppress crime and drug-related incidents in the country within three to six months.

After Duterte won the elections, from May 10 to June 15, the PNP has arrested 3,760 suspects and killed 29 drug suspects.

The PNP also announced that from June 16 to 20, twenty-five persons were killed in anti-illegal drugs operations, with the bulk coming from Calabarzon region.

In just four days,  police arrested 552 drug suspects, most of them coming from the Calabarzon region and from Metro Manila. IDL/rga