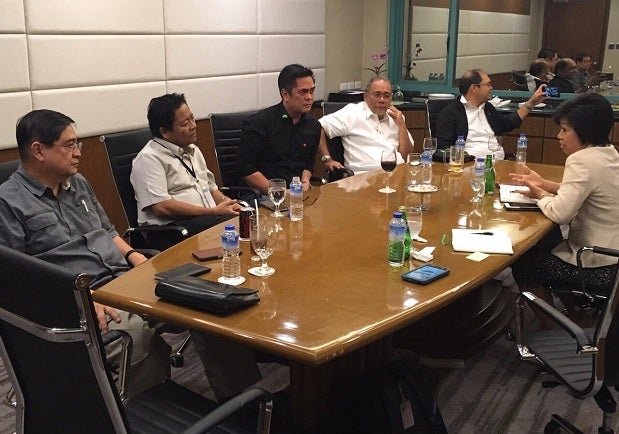 The communications team of Presiden-elect Rodrigo Duterte meets with Facebook executives for a possible livestreaming of the incoming-President’s inauguration on June 30. PHOTO FROM DUTERTE CAMP

DAVAO CITY, Philippines — Millions of Filipinos and netizens worldwide might be able to watch the inauguration of President-elect Rodrigo Duterte on June 30 as talks of livestreaming the event through Facebook are underway.

Executives of the social networking giant Facebook met with the communications team of Duterte on Monday night.

READ: Only state-run media in Rizal Hall for Duterte inauguration | Duterte does not want joint inauguration with Robredo–VP’s camp

“With the inauguration ceremony drawing near on June 30th, Facebook is reaching out to the communications team of the incoming president to offer its support in using its online platform for the historic occasion,” the camp said in a statement.

Apart from the inauguration, the Duterte camp said Facebook was also “keen in helping the new administration use its site for governance part of the 16th Philippine President, noting the high level of engagement among social media users” during the May national elections.

During the elections, Duterte emerged as the most-talked about candidate on Facebook.