Muntinlupa City gets P80M to house 200 families from danger zones

The Muntinlupa City government received P80 million from the Department of the Interior and Local Government (DILG) for the construction of a permanent in-city settlement for informal settler families living along waterways, slums, creeks and other high-risk areas.

Interior Secretary Mel Senen Sarmiento personally handed the check to Muntinlupa Mayor Jaime Fresnedi during a ceremony on Tuesday in Barangay Cupang, which was also attended by around 200 families who stand to benefit from the housing program.

The micro-medium-rise building project is to be constructed in a 1.5-hectare lot in East Kabulusan Property, also in Cupang. It will have nine buildings with 200 units measuring 29.25 square meters each.

East Kabulusan resident Noemi Pili, 55, said she and her four children couldn’t wait to move into their new home. 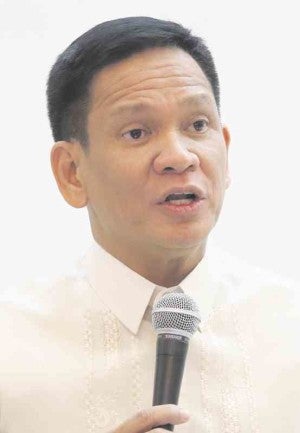 “I have been living near a creek since 1986 and during a heavy downpour or a typhoon, we would always evacuate to safer grounds,” Pili said, adding that having a permanent home safe from calamities is a dream of every family in their locality.

But the Pili family and the others may have to wait for a year or two. Muntinlupa Urban Affairs Office head Alita Ramirez said their target was to finish the housing project in 2017 to also give way to the construction of an access road in Cupang.

Sarmiento said almost all cities in Metro Manila had received subsidies from the DILG for the relocation of informal settlers. “We want them transferred to safe and decent shelters,”  the Cabinet official told reporters.

He stressed that the construction of safer homes for informal settler families, as well as the “Oplan Handa” disaster response campaign of the agency, is part of the Aquino administration’s urban renewal program.

Read Next
Did you know: Philippine Science High School
EDITORS' PICK
Corruption in PH: Where presidential aspirants stand
Smart offers wireless fiber-like speeds to Filipino homes with country’s first 5G Prepaid Home WiFi
DOH checking if 3 COVID cases due to Omicron
A grand way to celebrate the holidays
Gov’t fine-tunes alert level system
Holidays made best with Acer’s ‘Holidays at Home’ raffle promo
MOST READ
Bong Go left PDP-Laban with presidential bid under PDDS — Pimentel
FDA warns against use of 5 imported beauty creams
Orthodox priest shouts ‘Pope, you are a heretic’ at Francis in Athens
Isko’s messaging takes a turn as he commends Duterte
Don't miss out on the latest news and information.