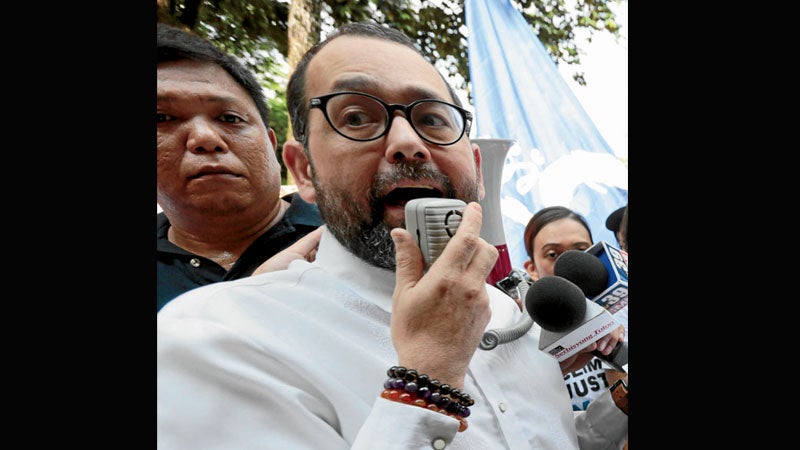 The Philippines is not only the second most dangerous place for journalists, it is also the second deadliest country for environmental activists.

Global Witness said on Monday it had documented 185 killings of environmental activists around the world last year, nearly 60 percent more than in 2014 and the highest since it began collecting data dating back to 2002.

In a newly released report, the London-based advocacy group said Brazil topped the 16-country list with 50 environmental defenders slain in 2015, followed by the Philippines with 33 and Colombia with 26. The group says 116 were slain worldwide in 2014.

Last year “was the deadliest year on record for killings of land and environmental defenders people struggling to protect their land, forests and rivers,” the report said.

Conflicts involving mining, agribusiness, hydroelectric dams and logging are behind most of the killings, which average more than three a week, it added.

Those who oppose such projects are “finding themselves in the firing line of private security companies, state forces and a thriving market for contract killers,” Global Witness said. Firefights and killings around land disputes are common, it said.

Reacting to the report, Jose Luis Martin Gascon, chair of the Philippine Commission on Human Rights, said: “The CHR views with concern the fact that extrajudicial killings involving human rights defenders—such as environmental activists—have occurred. We call on law enforcement agencies to investigate these cases fully and ensure that the perpetrators are held accountable.”

Gascon blamed the extrajudicial executions in the country to “the problem of impunity” across the past administrations.

Gascon said it was important to “resolve these cases expeditiously in order to stop impunity, even as we prepare ourselves to perhaps address a possible spike in similar incidences that may occur.”

The International Federation of Journalists (IFJ), in a report in January, said that the Philippines was the world’s second most dangerous place for journalists after war-torn Iraq, specifically citing the killings of 32 media people among 58 civilians massacred in Maguindanao province in 2009.

The IFJ report said that in the past 25 years, at least 2,297 journalists and media staff had been killed for “doing nothing more than trying to inform the world on war, revolution, crime and corruption.”

Iraq topped the list with 309 killings, the Philippines followed with 146 killings.

Incoming President Rodrigo Duterte, in a statement seen as justifying the assassinations of media people, said last month journalists had been killed because they were corrupt and were overly critical. With reports from AP, DJ Yap and Inquirer Research