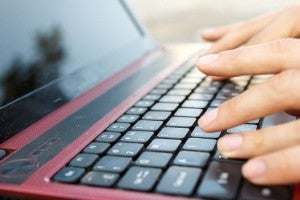 MANILA — A woman who was at the receiving end of a threatening Facebook post from a Manila Police District cop vowed to teach cyber-bullies a lesson by pursuing charges of grave threat and cyber-bullying against the policeman.

“[They have to realize that] their actions will not be taken lightly and that there would be repercussions. It’s about time they see someone making a stand,” Zena Bernardo told the Philippine DailyInquirer in a phone interview on Sunday.

Juvic Gultiano Pedotim, a member of the Manila Police District, will be slapped Monday morning at the Philippine National Police (PNP) headquarters in Camp Crame with charges of grave threat and cyber-bullying after he issued a chilling message to “Never Again to Marcos Family and their Cronies” organizer Bernardo.

Bernardo’s photo-accompanied post, uploaded last June 15, carried an announcement of the public forum “Ang Bangkay ni Duterte” (“The Corpse of Duterte”), which will be held on July 1 at the University of the Philippines Diliman. The forum, to be attended by Ricardo Jose, Raissa Robles, Ric Reyes and Helen Mendoza, will tackle President-elect Rodrigo Duterte’s controversial decision to bury dictator Ferdinand Marcos at the Libingan, nearly three decades after the strongman died.

In her Facebook post, Bernardo said that she would not take the issue sitting down as she and several like-minded individuals have “helplessly endured” over the last few weeks the “bashing, foul words and violent threats” of “die-hard” Duterte and Marcos supporters.

“You continuously poison the core values of our society. You corrupted the sense of decency of our children. Let me remind you that we do not stand helpless. We refuse to stand helpless,” she wrote.

Bernardo, a private individual, said that she decided to file charges against Pedotim  to serve as a lesson, especially to the “rabid supporters” of the two politicians, that they could not go scot-free in
issuing threats to those against their political beliefs.

“This is not right. [They have to realize that] their actions will not be taken lightly and that there would be repercussions. It’s about time they see someone making a stand,” Bernardo told the Philippine Daily Inquirer in a phone interview on Sunday.

She expressed hope her complaint would prompt the whole PNP organization to check its own ranks and be reminded of the cops’ role in society.

“They swore to protect the people and not make the people fear them,” she said.

Pedotim’s threat against Bernardo came nearly a week after she and her fellow organizers in their Facebook group spearheaded a program at the Bantayog ng mga Bayani in Quezon City to celebrate Independence Day and voice their opposition to the late strongman’s interment at the Libingan.

Despite Pedotim’s threat, Bernardo said that she was not backing down and stressed that it had even “emboldened” her. “From the start, we knew that we may lose this fight. Still, we’re not going down without a fight,” she said.

Asked if she had any message for the incoming President, Bernardo said she had none.

“These are the consequences of his and [Sen. Ferdinand] “Bongbong” [Marcos’] statements,” she said.

In May, human rights advocate Renee Karunungan filed a criminal complaint against 20 Duterte supporters at the Department of Justice and the Commission on Elections after they harassed her for posting a meme calling the then presidential candidate a “lazy choice” for the presidency.

Karunungan then said that the messages to her contained insults from “bobo ka (you’re an idiot),” “baboy ka (you’re a pig),” “tanga (you’re stupid),” to more serious ones such as actual grave threats like “mamatay ka sana (hope you die),” “ma-rape ka sana (hope you get raped)” and “ma-massacre sana pamilya mo (hope your family gets massacred).”

In filing the case, Karunungan said it was high time for people to “start relearning civility in public discourse and respect for the opinion of others.”  SFM/rga