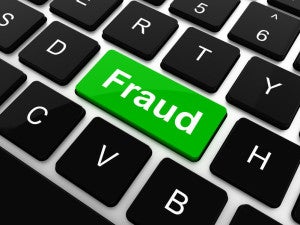 MANILA — The owner of the bank account used for extortion by an impostor of Peter Laviña, the campaign spokesman of president-elect Rodrigo Duterte, has pending estafa cases in the Manila metropolitan trial court.

The National Bureau of Investigation conducted a record check on Jerico Jay Sauco and found two estafa cases filed against him in Branch 13.

He posted bail of P20,000 only on June 15. This came a day after he posted P40,000 bail in the San Pedro City regional trial court for his involvement in Laviña’s case.

Sauco was released after.

NBI arrested Sauco in an entrapment operation last week after Laviña’s impostor, who extorted P1 million from BPI, ordered the bank to deposit the money to his bank account.

The money would allegedly be used for Duterte’s thanksgiving party but the latter’s camp denied asking money from the BPI.

NBI said they were still verifying who were Sauco’s previous victims and what was the nature of case filed in Manila.

The bureau also clarified that Sauco was not the one who used Laviña’s name. A source explained that he belonged to a group of swindlers and his main function was to withdraw money.

The source added that during the transaction with BPI, the impostor gave Sauco’s bank account as repository for the cash, which was released in three tranches.  SFM