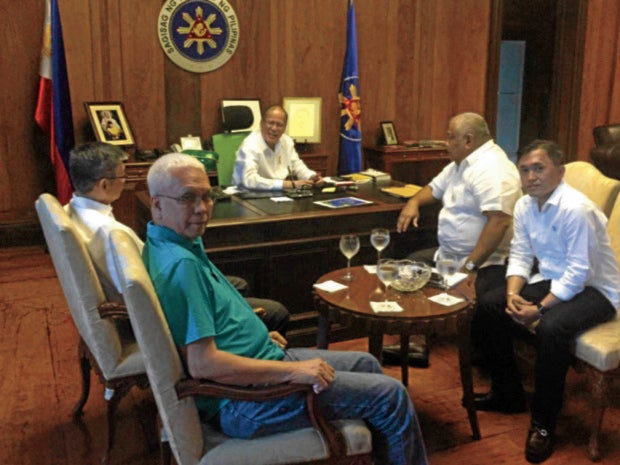 PRESIDENT Aquino on Friday said he and incoming President Rodrigo Duterte are likely to meet and talk before the latter takes his oath as the country’s 16th President at Malacañang on June 30.

“I understand in his inauguration we will probably have a short conversation prior to his taking the oath and I was reserving, and I guess he was also reserving, all of the points that we would like to raise with each other assuming it pushes through,” Mr. Aquino told reporters.

The outgoing President and Duterte had a brief phone conversation on Thursday, the first time they had spoken since the Davao City mayor won by a landslide in the May 9 elections.

The two leaders had a “pleasant” conversation, no matter how short it was.

“It was about a minute or so wherein I congratulated him,” President Aquino said. “I think we asked each other how we were and I reiterated the offer to be of assistance, in any and every manner that they need it. And more or less, it was a pleasant conversation. That’s how it ended.”

The President said he felt that his successor appreciated his offer and even thanked him for it.

“I told him that we are ready to help now with the transition and even after because we don’t have to reinvent the wheel, so to speak,” Mr. Aquino said.