Will Pinoys warm up to UberPOOL? 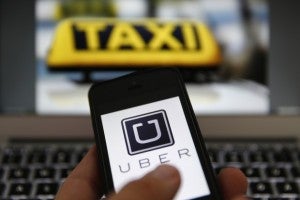 MANILA — Would car sharing be more fun in–and for—  the Philippines? Hopefully.

In one of its ways to reduce the alarming traffic congestion in the country, Uber Philippines – a transportation network vehicle service company – launched on Wednesday UberPOOL, the carpool version of Uber.

Starting at 6 a.m. Wednesday, passengers from 16 cities and municipalities of Metro Manila availing of Uber service, can ride and reach their location with a 25 percent cheaper fare compared to the usual UBerX – by sharing a ride with their fellow Uber passengers who are headed in the same direction.

With the UberPOOL, people going to the same place at the same time can ride together at a cheaper price, thus reducing number of cars plying Metro Manila.

In a press conference at the Land Transportation Franchising and Regulatory Board office, Laurence Cua, general manager of Uber Philippines, said UberPOOL could help solve the country’s worsening traffic problem, at the same time, reduce carbon and greenhouse gases emitted by vehicles.

According to a 2015 Waze study, Metro Manila has the worst traffic situation on Earth. A Japan International Cooperation Agency study, meanwhile, has put the cost of traffic in the country at P2.4 billion every day. The number of cars is rising at a yearly average rate of 2.13 percent, another study shows.

Outgoing LTFRB chair Winston Ginez was happy with the launch during the LTFRB’s 29th anniversary. The regulation on TNVS has been the LTFRB’s legacy, he added.

“We and the Department of Transportation and Communication went through an eye in the needle in bringing change and reforms in an old-age public transportation system; we faced a lot of opposition,” Ginez said. In fact, the Philippines is the first country in the world to have a nationwide regulation – from Batanes to Jolo – on ride sharing.

“This is not going to be a new franchise. All those authorized will be using the same authority, so no authority, no license shall be issued,” Ginez said when asked if UberPOOL would be an added competition to UV express drivers.

As of Apr 6, of the 17,591 Transportation Network Vehicle Service (TNVS) units plying the roads of Metro Manila, 4,141 units are operated by Singapore-based GrabCar while 13,450 are operated by Uber, Inc.

Ginez, encouraging more TNVS applications, added that Uber drivers would benefit more from carpooling as it would result in continuous rides and less idle time for drivers. The main goal, he said, would be “to take off more cars on the road… More people, in fewer cars.”

Traffic, Cua said, has been an indication of the increase in the Filipino’s purchasing capacity. “We are growing; people are having more money, and buying power; people keep on buying cars.”

In fact, Philippines ranked second next to China in terms of vehicle sales worldwide, followed by India. In 2015, 300,000 new cars hit the road in the country, he added.

Uber, as an additional option to car ownership, he said, has lessened problems for motorists such as lack of parking space and parking time.

Cua said safety of passengers from holdup men and other criminals has been assured by Uber’s 24/7 support system and validation of every rider.

Marjorie Dasco, an Uber user, found the idea of UberPOOL great and said she would like to try it out, considering the worsening Metro Manila traffic situation.

“The time of waiting to pick another passenger may be from 5 to 10 minutes but in the long run, it’s not a big effort compared to the impact of this initiative on the traffic problem,” Cua told reporters.

Since the launching of the app in September 2014, a total of 464 cities and 70 countries have been using Uberpool; and over 100,000 people have taken pooled trips in over 11 cities worldwide including New York, Los Angeles, Beijing and Shanghai.

“Uber has revolutionized carpooling through technology in the country. This is much faster than organizing carpooling with officemates. This is real time, and practical, since, we found out that most of the passengers are going in the same direction,” Cua added.

To use UberPOOL, a passenger should register first. Uber shall match a passenger with another who is headed in the same direction, and shall notify the passengers through the application the places where the Uber driver picks up another passenger. The passengers are also assured that “they are never taken more than a few minutes out of their way.” Payment is on a credit card basis.

Passengers are expected to pay just like a normal Uber trip and will be given an electronic receipt after.  SFM