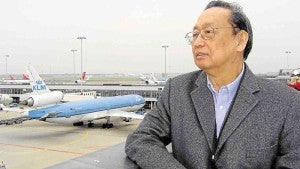 DAVAO CITY – A Mindanao splinter group of the Communist Party of the Philippines has declared a unilateral ceasefire with its former comrades in the CPP and its armed force, the New People’s Army.

The Rebolusyonaryong Partido ng Manggagawa-Mindanao (RPM-M), through a statement issued by its Central Committee, expressed its appreciation over the public statement of CPP founding chair Jose Maria Sison that they were opening their doors to talk with the leaders and members who had left the group.

“We welcome the Communist Party of the Philippines (CPP) founding chairman and National Democratic Front of the Philippines’ political consultant Jose Maria Sison‘s opening for reconciliation with the “Rejectionist” factions and revolutionary movements in the Philippines,” the RPM-M in a statement said.

The group broke away from the CPP after serious debates on ideological, political and organizational correctness in the early 1990s and merged with the other “rejectionists” forming the Rebolusyonaryong Partido ng Manggagawa-Pilipinas (RPMP).

The Central Mindanao Group, however, splintered again and created the RPMM after disagreements with the RPMP, particularly on the peace negotiations with the administration of Joseph Estrada that assumed power in 1998.

“We have had an antagonistic relationship (sacrificing lives on both sides) with you and the New Peoples’ Army (NPA) since you considered the Rebolusyonaryong Partido ng Manggagawa-Mindanao (RPM-M) and the Revolutionary Peoples’ Army (RPA) as counterrevolutionary, pseudo-progressive and traitor to the masses,” the RPM-M said.

The RPMM said they have never let their guards down fearing attacks from the NPA.

“Even with the negative experiences, RPM-M and RPA have still considered the CPP and NPA members as comrades in the struggle for the liberation of the oppressed. We have never considered the Party and its members as enemy of the working class, but we are always in a situation to defend our ranks from the antagonistic threats and actions coming from your side,” the RPM-M added.

The RPM-M said several armed hostilities occurred in the past between the two groups and they knew these were ultimately counterproductive for the people and the communities.

With the public statements of Sison for possible “reaffirmist” and “rejectionist” healing, the RPM-M declared a unilateral ceasefire, hinting a hope for a cooperation among revolutionary groups despite their differences.

“We declare a unilateral ceasefire to CPP-NPA as an organization and to its members, if this development means victory for the democratic forces in the country and a push for a more dynamic and renewed revolutionary movement in the Philippines,” the RPM-M announced.

“We may differ in our methods but this reconciliation process must lead us to a unified framework because we aim the same – advance democratic reforms without losing the sight to the substantial elimination of oppression against the masses, working class and minority nationalities,” the group added.

The RPM-M started its formal talks with the government in 2003 with the Cagayan de Oro-based organization Balay Mindanaw as the independent secretariat of the peace process.

The incoming administration of Rodrigo Duterte has vowed to review and improve all existing peace negotiations and the signed agreements including the talks with the RPM-M.  SFM

Locsin to hotels backing out as quarantine sites: Duterte has power to seize