More than 18,000 affected by Bulusan’s ashfall in Sorsogon 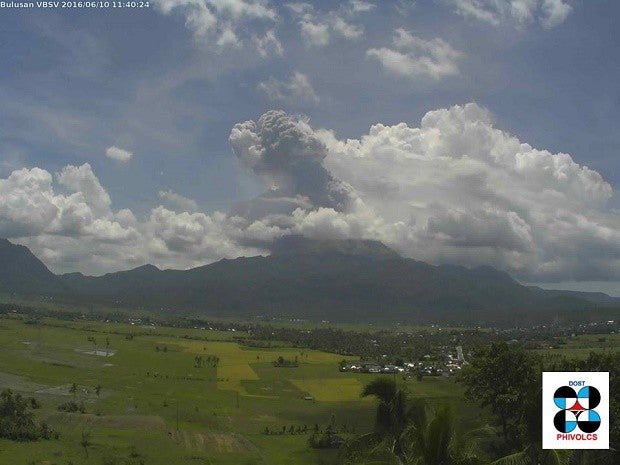 LEGAZPI CITY – At least 18,575 people living in 19 villages were affected by an ashfall caused by the “phreatic” eruption of Mt. Bulusan in Sorsogon on Friday.

In Juban town, at least 3,575 persons from the five villages of Tughan, Cogon, Aroroy, Rangas and Añog were affected, according to Lizpeth Nicolas, head of Juban MDRRMO.

Mendoza said almost half of these residents were given face masks and towels for protection against the thin layer of ashfall that fell over their villages.

At around 11:35 a.m., the volcano spewed a 2-kilometer high grayish ash plume that drifted towards the northwest.

No evacuation efforts were done since the ash fall was thin./rga