Albino people increasingly murdered for their body parts in Malawi 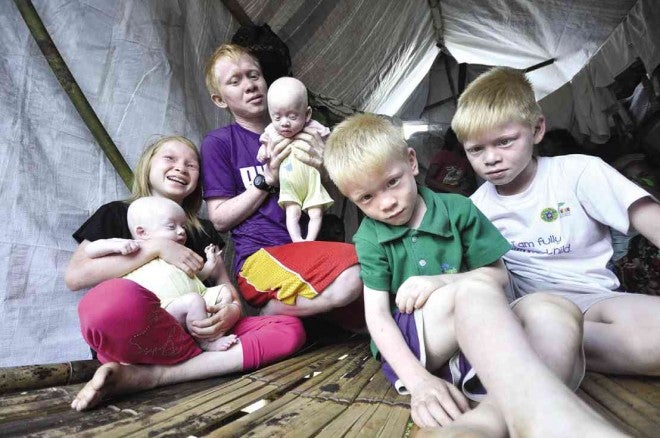 A surge in violent killings of albino people has been recorded in Malawi, Africa, since November 2014, Amnesty International (AI) said in a report on Tuesday (Wednesday, Manila time).

At least 18 people with albinism—a congenital condition resulting in a lack of pigmentation in the skin, hair and eyes—have reportedly been abducted and killed, while many others have been raped or harassed.

According to the report, mutilated body parts of albinos are sold for use in remedies by local witch doctors, who believe these bring good luck and wealth.

Women and children are even more vulnerable to harassment, the report said, due to a myth that having sex with a person with albinism can cure HIV and AIDS.

Others even believe that their bones contain gold, or have medicinal and even magical values.

Th demand has reportedly spiked in recent months, fueling a series of murders by gangs that, allegedly, could collect as much as $75,000 (P3,444,412) for a “full set” of albino body parts.

“Societal misunderstanding of albinism in Malawi has endangered the lives of this population group. It has created insecurity and widespread discrimination. In everyday life people with albinism are frequently treated as less than human,” AI said. “They [Albinos] live in fear of losing their lives to criminal gangs, who, in some instances, include close family members.”

Petty criminals have also been known to remove bones from graves of people with albinism in order to sell them in Malawi and in neighboring Mozambique.

“Even in death, they do not rest in peace, as their remains are robbed from graveyards,” said Ikponwosa Ero, an albino and independent expert from the United Nations.

Separately from AI numbers, the UN recorded at least 65 cases of violence against albinos, including but not limited to killings and dismemberment.

The country’s president, Peter Mutharika, has publicly condemned the killings and established a committee to look further into the killings, but Malawi police admitted they lacked enough officers in rural areas, where most of the attacks take place.

“That anybody could think that you can be rich by using bones or something like that because some witch doctors have said so. That’s stupidity,” Mutharika was quoted as saying in a political rally last week.

Cases of albinism  are more common in sub-Saharan Africa, than other parts of the world, . Khristian Ibarrola