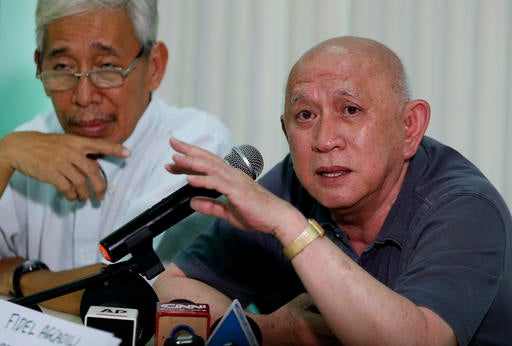 DAVAO CITY—The National Democratic Front of the Philippines (NDFP) sees the signing of a peace deal, through an accelerated framework, within six to nine months of the incoming administration.

NDFP peace panel spokesperson Fidel Agcaoili said details of the acceleration of the peace process would be discussed in the meeting between them and the appointed peace negotiators of President-elect Rodrigo Duterte.

The preliminary talks in Oslo next week will be attended by top NDF leaders and a government delegation led by incoming presidential adviser on the peace process Jesus Dureza and  incoming government chief peace negotiator Silvestre Bello.

The framework is expected to pursue and ink a deal in six to nine months, according to Agcaoili.

The draft proposes a special track in the negotiations that will hasten the drafting and signing of the Comprehensive Agreement on Socio-Economic Reforms or Caser.