Duterte spokesperson: I am ready, but is the media ready for us? | Inquirer News
Close
menu
search

Duterte spokesperson: I am ready, but is the media ready for us? 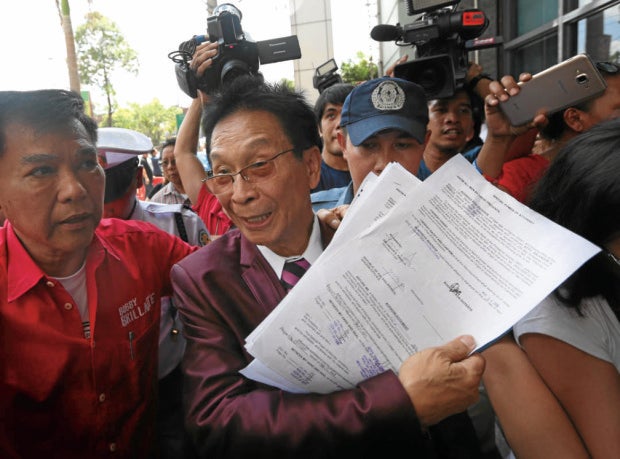 Despite having a testy relationship with the media following President-elect Rodrigo Duterte’s controversial statements on journalist killings and his subsequent decision to shun the press, Atty. Salvador Panelo said that he is ready to become the spokesperson of the firebrand mayor.

In a Radyo Inquirer interview on Wednesday, Panelo said that it should be the members of the press who should prepare themselves for the next administration.

“I am ready, we are ready. I don’t know if the media is ready,” he said in jest.

Asked to clarify his statement, Panelo said that the members of the press should become more enterprising now that the president-elect has decided to cancel his press conferences.

(They won’t be able to ask anything because there would be no press conference.)

(Earlier, we talked. I requested him to grant someone an interview. He told me, ‘Let’s talk it over. You have to convince me.)

In a chance interview with TV-5 on Sunday, Duterte said that he will boycott the media until the end of his term.

“That’s it. I don’t want to be interviewed. If I commit a mistake, there will be more criticisms,” Duterte said. “So it’s better (if there’s) no interview, no criticisms, no wrong statements, no nothing. (I will just) shut up. I really don’t want it,” he added.

On June 3, the Duterte camp announced that the president-elect will only course his statements through state-owned television network PTV-4 after drawing flak for seemingly justifying the death of some “corrupt” journalists.

READ: Duterte to media: That’s it, no interviews in my term