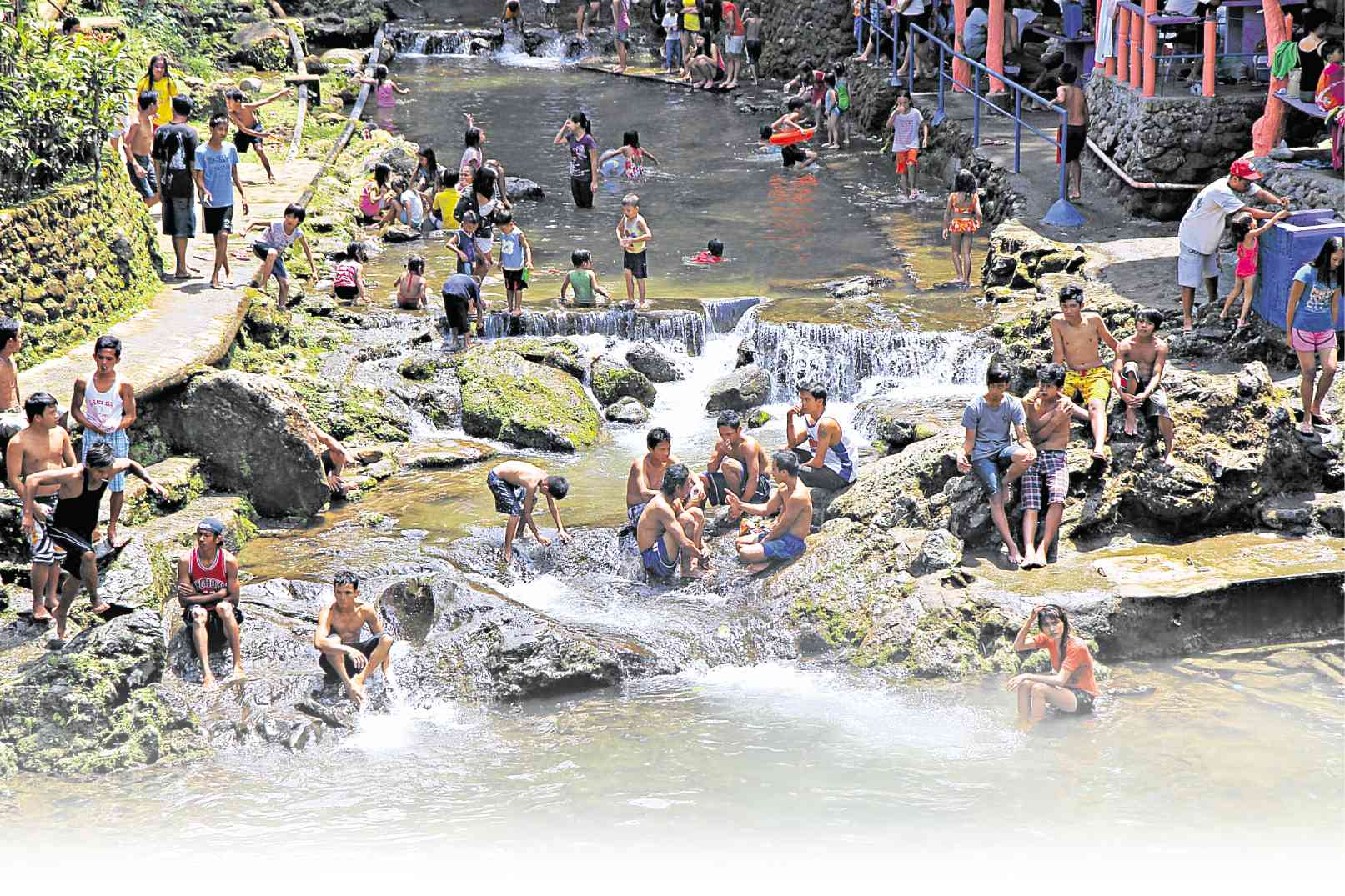 A SECTION of a river in Lucban town, Quezon province, has been transformed into a resort which charges patrons P10 each. DELFIN T. MALLARI/INQUIRER SOUTHERN LUZON

LUCENA CITY—With the onset of the La Niña phenomenon, resort owners and residents along riverbanks on the slopes of Mt. Banahaw should implement safety measures against flash floods and other natural disasters, an environment official said on Tuesday.

“With La Niña, expect more heavy rains and flash floods. Everyone should do their share to prevent tragic incidents,” Pangan said.

Banahaw is also called “Vulcan de Agua” because of springs, waterfalls and at least seven rivers that crisscross the mountain.

On Sunday, three persons, including a six-year-old girl, died when a flash flood swept them away in a mountainside resort in Majayjay.

A search team on Tuesday recovered the bodies of Vanessa Carillo and Bryan Alemania in separate sections of the river Majayjay and the nearby town of Magdalena on Tuesday morning. A day earlier, they recovered the body of Bryan’s six-year-old daughter, Christine Althea, 7 kilometers from the Dalitiwan Resort in Barangay Ilayang Banga, Majayjay.

The 10,901-hectare Mounts Banahaw and San Cristobal straddle the towns of Lucban, Tayabas, Sariaya, Candelaria and Dolores in Quezon; and parts of the towns of Rizal, Nagcarlan, Liliw and Majayjay, and San Pablo City in Laguna.

Pangan, however, clarified that the recent flash floods were not results of logging in Banahaw.

She admitted, however, that kaingin (slash and burn) farming is practiced in isolated sections of the mountain.

“But the kaingero use these lands for farming. We’re also conducting agro-forestry programs in former kaingin areas,” Pangan said.

She said the DENR has been meeting with resort owners to remind them about safety measures and the collection of environmental fees.