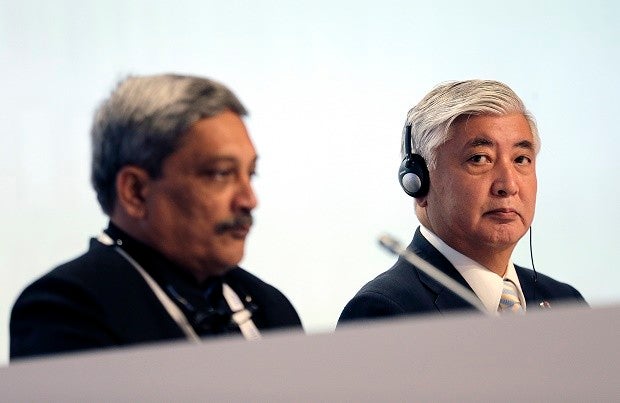 Manohar Parrikar told an international security conference Saturday that understanding each other’s perspectives and increasing trust between stakeholders will reduce tensions. His Japanese counterpart also emphasized that peace will lead to prosperity.

“It is ultimately economics,” Parrikar said. “If you have an unstable region like what we have in the Middle East, I don’t think economics and prosperity will really (be) enhanced.”

Although India is not a party to the South China Sea disputes, China is its traditional adversary. They fought a war in 1962, in which India lost land to China.

The three-day Shangri-La Dialogue that’s being attended by defense ministers and experts from 50 countries ends Sunday and covers topics that also include terrorism, cybercrime and North Korea’s nuclear ambitions.

Parrikar said that however small or “however powerful” a country may be, “no commerce or commercial activity takes place in a high tense (region). And I think it is in the interest of everyone, including China, to ensure that the peace remains in this region.”

Japan’s Defense Minister Gen Nakatani said it was “getting increasingly important for all nations in the region to establish the order based on the rule of the law.”

Indirectly referring to China, he said, “powerful nations are required to act with self-restraint so as to avoid contingency.”

China claims virtually the entire South China Sea as its own, overlapping with territory claimed by other Southeast Asian governments. It has also started building airstrips on artificial islands it built on once-submerged reefs, much to the chagrin of the United States, which worries the build-up will impede freedom of navigation in the busy area.

In rebuking Beijing and expressing the views of its neighbors, Nakatani said: “There are some unilateral activities and claims by a nation that asserts power.”

“Any activities that go against the international laws . we are very concerned about such situations.”

US warns Beijing of ‘self-isolation’ in South China Sea