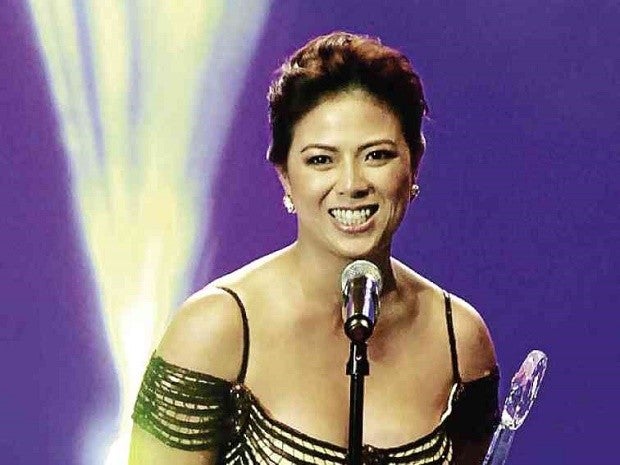 Actress Liza Diño, a vocal supporter of President-elect Rodrigo Duterte, said the latter should apologize for catcalling a female reporter during a press conference that aired on national television. INQUIRER FILE PHOTO

Actress Liza Diño, a vocal supporter of President-elect Rodrigo Duterte, said the latter should apologize for catcalling a female reporter during a press conference that aired on national television.

“In the same way that I defend him by using his context—HIS CONTEXT—as his defense to get away with misinterpretations, it is the very same reason why I believe that what he did to Mariz Umali is inappropriate,” Diño wrote.

“Whether what he did in his own perspective is intentional or not, the fact that the receiver felt it was IMPROPER should be enough reason to warrant an apology. Not necessarily because she was ‘harassed,’ or she was ‘sexually abused’ but because she was OFFENDED. Kahit hindi sinasadya, naoffend sya, so nararapat lang na humingi sya ng dispensa (Even if it wasn’t intentional, the reporter was offended so it is appropriate that [Duterte] should apologize),” she added.

Diño said she was asked by her followers on social media on what she would if she was in Umali’s shoes, to which she replied: “Well, IF I find it offensive, then I would call him out for it on the spot.”

In a press conference last Tuesday evening, Duterte interrupted a question from Umali about his Cabinet appointments and told her that she was trying to get his attention, before wolf-whistling and breaking into a serenade.

In an interview with her home network, Umali said Duterte’s remarks “may have been improper” coming from the next chief executive, adding that she was not expecting any apology from his camp. Her husband and fellow reporter Raffy Tima also criticized Duterte for disrespecting her, saying that the President-elect’s catcalling was “wrong in so many levels” and “defies logic.”

Diño said she was not justifying Duterte’s brash language and remarks to the media, adding that “Diplomatic-speak is not his best asset.”

“Look, our president is not perfect. Who is? At one point or another, he’s bound to make mistakes. But not agreeing with him doesn’t mean I don’t support him in the same way that supporting him doesn’t mean I always have to agree with him,” she said.

In the same press conference, Duterte justified media killings by saying that some journalists deserved to die because they were corrupt. YG/RAM

Liza Diño to bashers: I am no longer affected