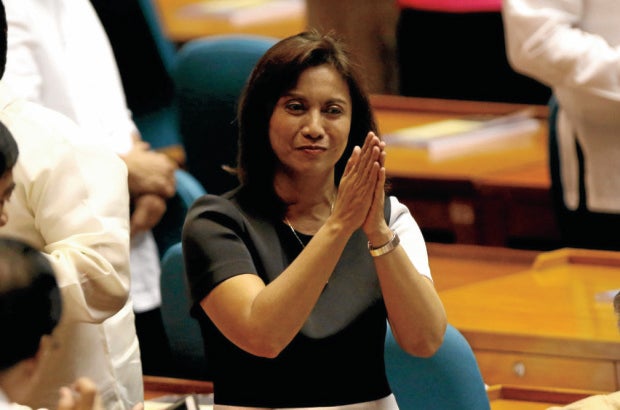 With less than a month before her assumption of office, Vice President-elect Leni Robredo has yet to find her official residence.

The head of Robredo’s transition team on Thursday said they were still looking for the possible new location of the Office of the Vice President for the next six years.

“It has to be simple, but at the same time presentable enough so that we can receive guests and dignitaries as part of her duty as vice president,” Boyet Dy told a press briefing in Quezon City.

“It has to be simple and modest, and not as ostentatious. I think that’s very clear with what [Robredo] wants,” he said.

The Camarines Sur representative, who edged out Sen. Ferdinand Marcos Jr. in the tightly contested vice presidential race, had previously said that she would rather hold office elsewhere than continue paying P500,000 for the monthly rental of Coconut Palace in Pasay City.

Outgoing Vice President Jejomar Binay, who lost in the May 9 presidential election, ordered the renovation of the nearly decrepit Coconut Palace when he opted to use it as his official headquarters after he won in 2010.