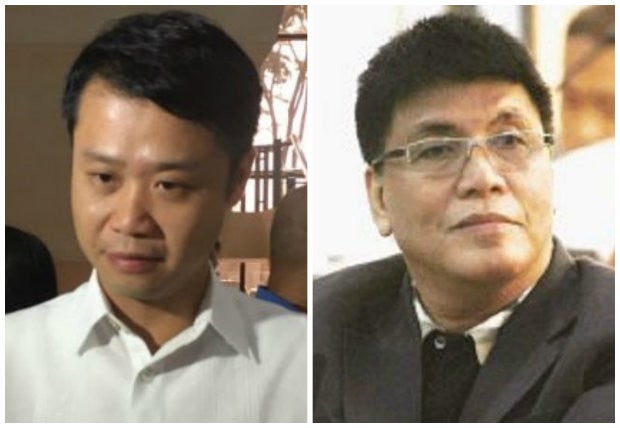 The Office of the Ombudsman has decided to pursue graft charges against Senator-elect Sherwin Gatchalian and 25 others in connection with the alleged fraudulent transfer of P780 million in Local Water Utilities Administration (LWUA) funds to an insolvent bank owned by his family.

In a statement on Wednesday, the Ombudsman said the office had issued a resolution finding merit in filing charges in the Sandiganbayan on allegations that Gatchalian and his family had made P80 million in windfall profits when LWUA bought Express Savings Bank Inc. (Esbi), a Laguna-based thrift bank, in 2009.

The Ombudsman said the government effectively lost P80 million in the transaction.

The Gatchalians are the executives and owners of Wellex Group (WGI) and Forum Pacific Inc. (FPI), which owned and operated Esbi at the time of the acquisition.

Included as respondent was former LWUA Chair Prospero Pichay Jr., who has made a successful political comeback by winning the congressional race in Surigao del Sur province in the May 9 elections.

Bangayan is the former owner of a townhouse in San Juan City that is now registered under the name of President-elect Rodrigo Duterte’s son Sebastian.

In the statement, Ombudsman Conchita Carpio Morales said the acquisition by LWUA of Esbi only “deprived the government of the opportunity to use the illegally expended funds to instead fund the agency’s lawful projects.”

“The injury suffered by the government due to the respondents’ actions is undeniable,” Morales said, adding that Gatchalian et al. “defied banking laws and regulations in purchasing Esbi shares.”

“In view of the bank’s precarious financial standing at the time of the sale, the windfall received by herein private respondents must be deemed unwarranted benefit, advantage or preference,” she argued.

The outgoing Valenzuela representative reiterated that he did not participate in the operations of the bank or in the negotiations with LWUA.

“These 14 shares… are mere qualifying shares in the bank. Yet, I am being charged with receiving an unwarranted benefit of P2,500,” Gatchalian said in a statement.

He assailed the Ombudsman for “trying to portray me as a crook and part of the conspiracy to defraud the government from the sale” of the bank.

“We will face this baseless case head-on because we have nothing to hide. I have never been charged for graft and corruption as proven by my almost 15 years of public service, marked by transparency and good governance,” he said.

“My name and reputation have never been tarnished by any acts of graft and corruption. The truth will eventually come out and redeem my good name.”

Morales said the multimillion-peso worth of bank shares that LWUA bought from FPI and WGI became “worthless” after the bank was placed under receivership by Philippine Deposit Insurance Corp. in July 2011.

She said the state “effectively lost” at least P80 million from “this questionable acquisition alone.”

According to the Ombudsman, the LWUA board headed by Pichay approved a resolution on March 24, 2009, to purchase Esbi without securing the mandatory regulatory approvals from the Monetary Board of the Bangko Sentral ng Pilipinas, the Department of

Finance and Office of the President.

“despite substantial negative audit findings uncovered during the due diligence stage.”

“Audit findings made by a private firm revealed that the bank was insolvent after suffering substantial net losses and capital deficits for five straight years from 2005 to 2009,” it said.

It said Pichay later moved some P780 million in LWUA funds to Esbi in an attempt to boost its authorized capital stock.

As in the previous purchase agreement, the fund transfer was not approved by the Monetary Board as the appropriate regulatory agency.