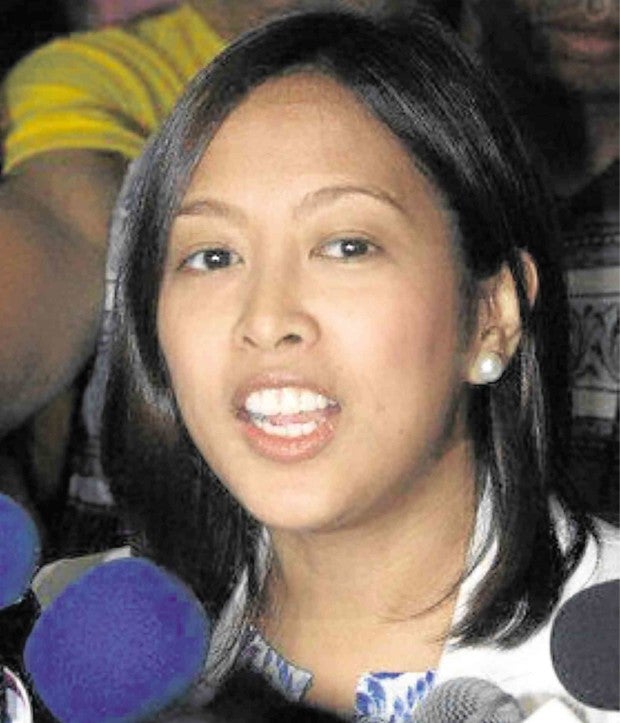 Makati City Mayor-elect Mar Len Abigail “Abby” Binay has asked the Commission on Elections (Comelec) to dismiss the petition filed by incumbent Mayor Romulo “Kid” Peña, her losing rival who asked for a vote recount due to alleged vote-buying and other irregularities in the May 9 local election.

In a statement on Wednesday, Binay said Peña failed to provide details to support his claims of poll fraud and only gave “sweeping generalizations, legal conclusions, speculation and conjecture.”

“None of the allegations identify the specific acts and omissions that constitute the electoral anomaly, irregularity or offense complained of, the persons and precincts involved,” said Binay, who defeated Peña by over 17,000 votes, based on the Comelec tally.

The daughter of outgoing Vice President Jejomar Binay and sister of dismissed Makati Mayor Junjun Binay, whom Peña replaced in July last year, said her opponent only wanted to sow disunity among Makati residents and disregard the majority decision.

Binay, currently a House member representing Makati’s 2nd District, is set to be succeeded in that post by husband Luis Campos who also won the congressional race.

Meanwhile, Maribert Pagente, a lawyer of the United Nationalist Alliance, the elder Binay’s party in his failed presidential bid, said a Comelec random manual audit of four clustered precincts in Makati showed “no discrepancies” in the results of the local race. Maricar B. Brizuela