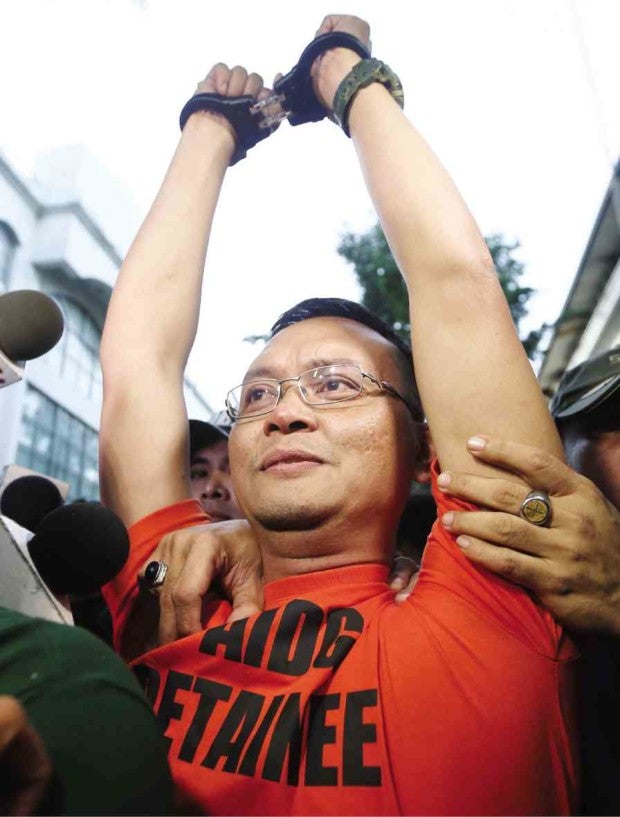 Marine Lt. Col. Ferdinand Marcelino, a former antinarcotics agent who was arrested during a raid on a “shabu” laboratory in January, was granted bail by a Quezon City court pending the filing of formal charges against him.

Cacha said the case was similar to habeas corpus proceedings, noting that Marcelino and Yan had been in detention for more than four months without charges being filed in court and the Department of Justice’s preliminary investigation already concluded as of the first week of March.

“The court cannot deny that petitioners may be entitled to bail considering such lack of an information filed against them containing any material allegations. All the evidence presented so to speak are irrelevant and immaterial. Nor were (they) competent,” the judge said in a resolution dated May 27.

The court considered whether the petitioners were a flight risk, which the prosecution failed to show in Marcelino’s case, she said. A family man and a military officer, he has shown willingness to abide by the court’s conditions for provisional liberty, the judge added.

But the court will issue a hold departure order on Marcelino, who was also ordered to surrender his passport and report any change in address.

As to Yan, the Chinese national “showed no strong roots to guarantee that he will not abscond from attending court proceedings,” it said.

Marcelino and Yan were detained at the Philippine National Police Custodial Center. The Philippine Drug Enforcement Agency (PDEA) and the PNP’s Anti-Illegal Drugs Group filed a complaint against them for possession and manufacture of illegal drugs.

The PDEA received a copy of the resolution on May 31.

For the sake of argument on whether the evidence against Marcelino is strong or not, the court said his presence in the raided townhouse in Manila was merely “circumstantial.”

Based on testimonies of the agents involved in the raid, Marcelino was not holding house and car keys when arrested, and that he was sitting on the sofa when they found him. Only Yan, who was on the second floor, was caught with a stash of shabu and drug paraphernalia.

In their counteraffidavits, Marcelino and Yan claimed that they checked a unit at Celadona Residences, Sta. Cruz, Manila, on suspicions that it was being used a shabu laboratory.

They said their move was coordinated with PDEA Director Randy Pedroso, but Marcelino said he was ordered arrested by PDEA Director General Arturo Cacdac Jr. “who has developed animosity toward (me) because of (my) continued involvement in the antidrug campaign of the government.”