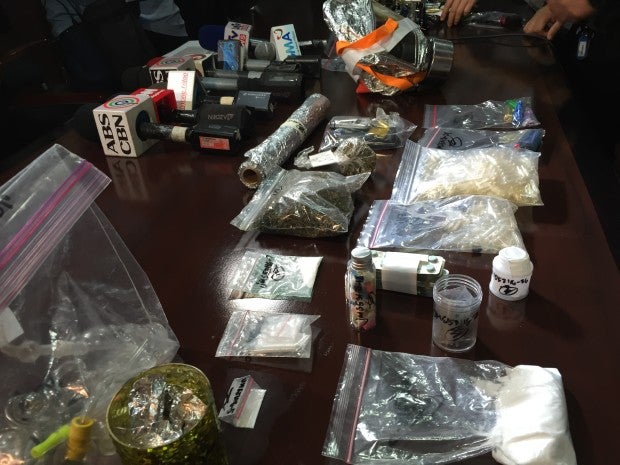 The National Bureau of Investigation (NBI) on Wednesday revealed that there are celebrities visiting a condominium unit where kitchen type laboratory for illegal drugs was discovered in a buy-bust operation conducted Tuesday.

During the operation, the NBI also arrested five persons involved in the distribution and selling drugs during the “CloseUp Forever Summer” concert held in Pasay two weeks ago.

READ: 5 tagged in sale of drugs at CloseUp concert fall

“We receive information na may mga pumupunta doon na celebrities (that there are celebrities visiting the condominium unit),” Tovera said.

Tovera, however, refused to give further details.

“This is still subject of an investigation as part of our mandate,”Tovera told reporters. RAM