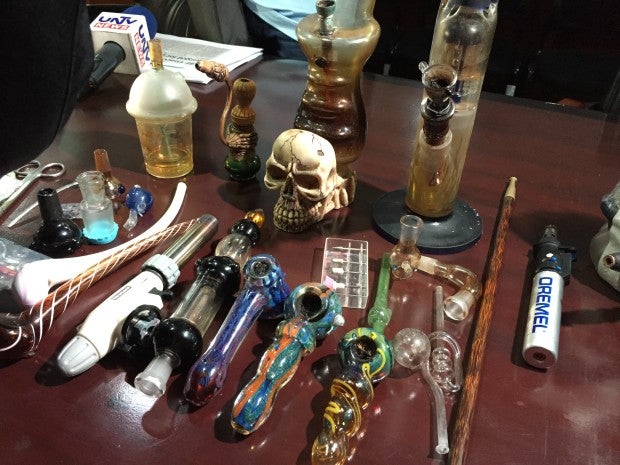 Illegal drugs and drug kits seized by NBI during arrest of five persons involved in sale of drugs during a concert in Pasay, Tetch Torres-Tupas, INQUIRER.net

THE National Bureau of Investigation (NBI) has arrested in a buy bust operation five persons allegedly involved in the sale of illegal drugs at the CloseUp Forever Summer Concert in Pasay City two weeks ago where five people collapsed to death.

Tovera said NBI agents traced the suspects’ whereabouts following  a tip from a politician that his son has confessed to have purchased drugs during the CloseUp Forever Summer Concert two weeks ago.

“This person is a politician. He requested anonymity. His son identified the person that sold the drugs to him and his classmates,” Tovera said at a press conference.

During the buy bust operation conducted in Parañaque, Tovera said it was Villanueva who handed a small medicine bottle containing 10 pieces of ecstasy pills after receiving the marked money.

The NBI agents proceeded to the condominium unit where Deen was waiting for his share of the proceeds of the ecstasy sale.

Inside Deen’s condominium unit was a kitchen type laboratory where the illegal drugs were being manufactured.

Tovera said the politician’s son identified one of the five arrested suspects as the person who sold him the illegal drugs.

The other four, he said, confessed during tactical interrogation that they were present at the CloseUp Forever Summer concert where Ariel Leal, Lance Garcia, Bianca Fontejon, Eric Anthony Miller and Ken Migawa died.

Also recovered in the operation were synthetic materials, various drug paraphernalia and a manual on making illegal drugs such as methamphetamine hydrochloride or shabu, D-lysergic acid diethylamide and gamma-hydroxybutyrate (GHB) or liquid ecstacy. 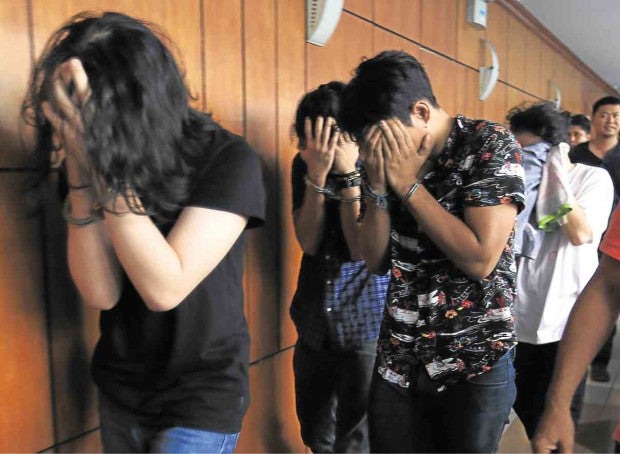 The arrested drug suspects cover their faces at the NBI media briefing on Wednesday. The bureau alleged that they operated a drug laboratory in Parañaque City, as shown by the alleged samples seized from the group. PHOTO/EDWIN BACASMAS

The five will be charged with violation of Republic Act 9165 or the Comprehensive Dangerous Drugs Act of 2002 for manufacture, sale and possession of dangerous drugs.

Tovera said a follow-up operation will be conducted to identify and arrest the financiers and foreign suppliers of the illegal drugs and chemicals used in manufacturing illegal drugs.

Last week, the NBI announced the arrest of Joshua Habalo, one of the alleged suppliers who sold drugs at the concert held at the SM Mall of Asia grounds.